Singer, songwriter, and producer Brandon shares his latest single titled “Steady” today. Arriving ahead of his performance at the LA-based This Ain’t No Picnic festival, the track is part of the new body of work from Brandon that he will be sharing in his set this weekend. “Steady” brilliantly displays Brandon’s extraordinary range through pop and beyond as well as his undeniable skills as a producer. The song captures Brandon’s striking ability to connect deeply with millions through human moments such as finding common ground and humility and his visceral sound that pulls at your heartstrings. 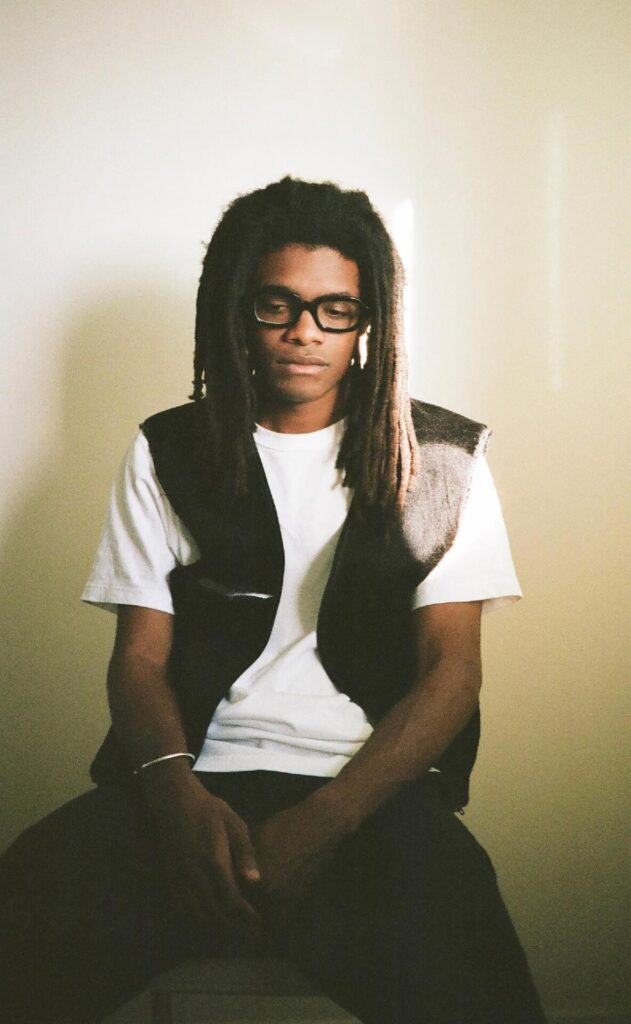 The track follows Brandon’s striking rendition of Phoebe Bridgers’ breakout song “Savior Complex,”, which was lauded by Bridgers herself in addition to Office Magazine, Teen Vogue and others.

24-year-old Brandon says what most of them just can’t through his music. He speaks for a generation of people existing on the margins and redefining social norms. He was born and raised in Riverside, CA, a city in which his family established a life after migrating to the US from Trinidad & Tobago, a small dual-island nation in the Caribbean. At 17-years-old, Brandon taught himself to play guitar and later to produce music from scratch, both of which guided him through one of the most tumultuous periods of his life and saved him. Lined with the inspiration and sounds of Sade, Stevie Wonder, Prince, and Jimi Hendrix, Brandon’s music serves as a vehicle for healing and a source for his grounding as he delves into his pain, anxiety, romantic relationships, and sense of self.

More to come from Brandon soon.

Tags
Brandon
Ayodeji Ibrahim Lateef Follow on Twitter August 25, 2022Last Updated: August 25, 2022
Check Also
Close
Back to top button
Close
We use cookies on our website to give you the most relevant experience by remembering your preferences and repeat visits. By clicking “Accept”, you consent to the use of ALL the cookies. In case of sale of your personal information, you may opt out by using the link .
Cookie settingsACCEPT
Manage consent