Travis Scott is a proud owner of a luxurious ride.

In a brand-new Bugatti Veyron Chiron Super Sport, the “Antidote” rapper was spotted Tuesday driving through Brentwood, California, his hometown. Travis’ vehicle cost a staggering $5.5 million, according to TMZ, but the unique sports automobile, which has a top speed of nearly 300 mph, starts at $3.5 million. Only 30 of the cars were produced.

Travis posted a picture of the steering wheel and the car’s blue interior while seated behind the wheel to give fans a sneak glimpse at his costly new ride.

He is still being sued over the catastrophic Astroworld festival, where a crowd rush resulted in the deaths of 10 people and the injuries of hundreds more.

Since the tragedy in November, Travis has been gradually regaining the public’s attention. In addition to headlining his first festival since Astroworld at Day N Vegas in Las Vegas in September, he performed at the Billboard Music Awards last month.

Additionally, he keeps working on the highly-anticipated album, Utopia, and has also released a number of Nike collaborations. His star power hasn’t diminished, as evidenced by the fact that his Cactus Corp. Air Trainer 1 received over 1 million raffle entries in just 30 minutes of its launch last month.

Tags
Travis Scott
Ikedichim Chibundu Follow on Twitter June 22, 2022Last Updated: June 22, 2022
Check Also
Close
Back to top button
Close
We use cookies on our website to give you the most relevant experience by remembering your preferences and repeat visits. By clicking “Accept”, you consent to the use of ALL the cookies. In case of sale of your personal information, you may opt out by using the link .
Cookie settingsACCEPT
Manage consent 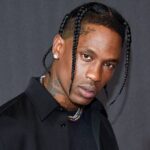