La Flame excels in making huge sales. If the Cactus Jack insignia is on something, fans will definitely buy pricey apparel, limited-edition sneakers, album bundles, and even burgers. Over $1 million worth of unique merchandise, including sweatshirts and tees, was sold for Travis’s performance at the O2 Arena in London.

This surpasses the previous record held by K-pop royalty, the group BTS, for show merchandise sales in the United Kingdom. During the dates on their “Love Yourself” world tour, they made slightly under a million dollars in merchandise sales.

Fans eager to see Travis were waiting in line before the venue’s doors even opened. We’re confident that a sizable portion of them arrived early to browse the show’s retail booth. Shirts may cost you anything from $45 to $75, whereas hoodies ranged from $100 to $125 each item. Additionally, hats went for $45 each.

It’s not surprising that Travis can attract such a following of ardent music lovers and Internet hypebeasts searching for the newest drip because he is one of today’s most lauded and well-known rappers. As the rapper from Houston’s first headline concert since the Astroworld disaster, his record-breaking merchandise sales were the icing on top of a fantastic weekend for him. Throughout these gigs, he also previewed upcoming tracks.

Tags
Travis Scott
Ikedichim Chibundu Follow on Twitter August 11, 2022Last Updated: August 11, 2022
Check Also
Close
Back to top button
Close
We use cookies on our website to give you the most relevant experience by remembering your preferences and repeat visits. By clicking “Accept”, you consent to the use of ALL the cookies. In case of sale of your personal information, you may opt out by using the link .
Cookie settingsACCEPT
Manage consent 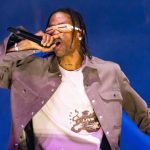