In response to rumors that Wizkid performed at a Peter Obi rally in Abuja before the presidential election, the artist’s manager, Sunday Are, issued a statement. Sunday Are, the manager of the multiple-award-winning singer, songwriter, and performer Wizkid, responded to the poster that had been circulating on social media by saying that he would be attending and performing at a Peter Obi rally in Abuja.

The news was refuted by Sunday Are, who also said that anyone who spreads the fake information would be held legally liable. Are in the Instagram post also warned against scamming as he tagged the page responsible for spreading the outrageous news.

This information from Starboy’s management comes within the same timeframe as Wizkid revealing a tour stop in London for his fifth studio album, More Love, Less Ego, on Saturday, July 29, 2023, at Tottenham Hotspur Stadium. Following a spectacular three-date, sold-out engagement at the O2 Arena in 2021, Wizkid is making his way back to London with this performance. Priority access to tickets for the July 29 performance will be provided to Tottenham Hotspur Season Ticket Holders and One Hotspur Members beginning at 10 am on Thursday, January 26. General admission tickets will go on sale the following day.

Tags
Peter Obi Wizkid
Ikedichim Chibundu Follow on Twitter January 24, 2023Last Updated: January 24, 2023
Back to top button
Close
We use cookies on our website to give you the most relevant experience by remembering your preferences and repeat visits. By clicking “Accept”, you consent to the use of ALL the cookies. In case of sale of your personal information, you may opt out by using the link .
Cookie settingsACCEPT
Manage consent 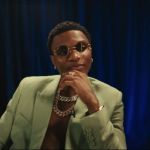