This is the deluxe version of her 2021 album, “Keys.” This eighth studio album arrives within 14 months of her seventh, 2020’s generally excellent ‘Alicia’, and has an ambitious overarching concept. Comprised of one side of so-called ‘Originals’ and another with ‘Unlocked’ remixes of many of the same songs, it’s a double LP with an epic 93-minute runtime.

The ‘Originals’ side is dominated by the soulful piano balladry that Keys has built her career on, while the ‘Unlocked’ side has more texture, thanks in part to sleek features from US crooner Khalid, who complements Keys sweetly on ‘Come for Me’, and rapper and singer Swae Lee on the sultry single ‘Lala (Unlocked)’. Co-produced by Keys with Kanye West and Beyoncé collaborator Mike Will Made It, most of the ‘Unlocked’ versions are brisker than the ‘Originals’, without being radically different. 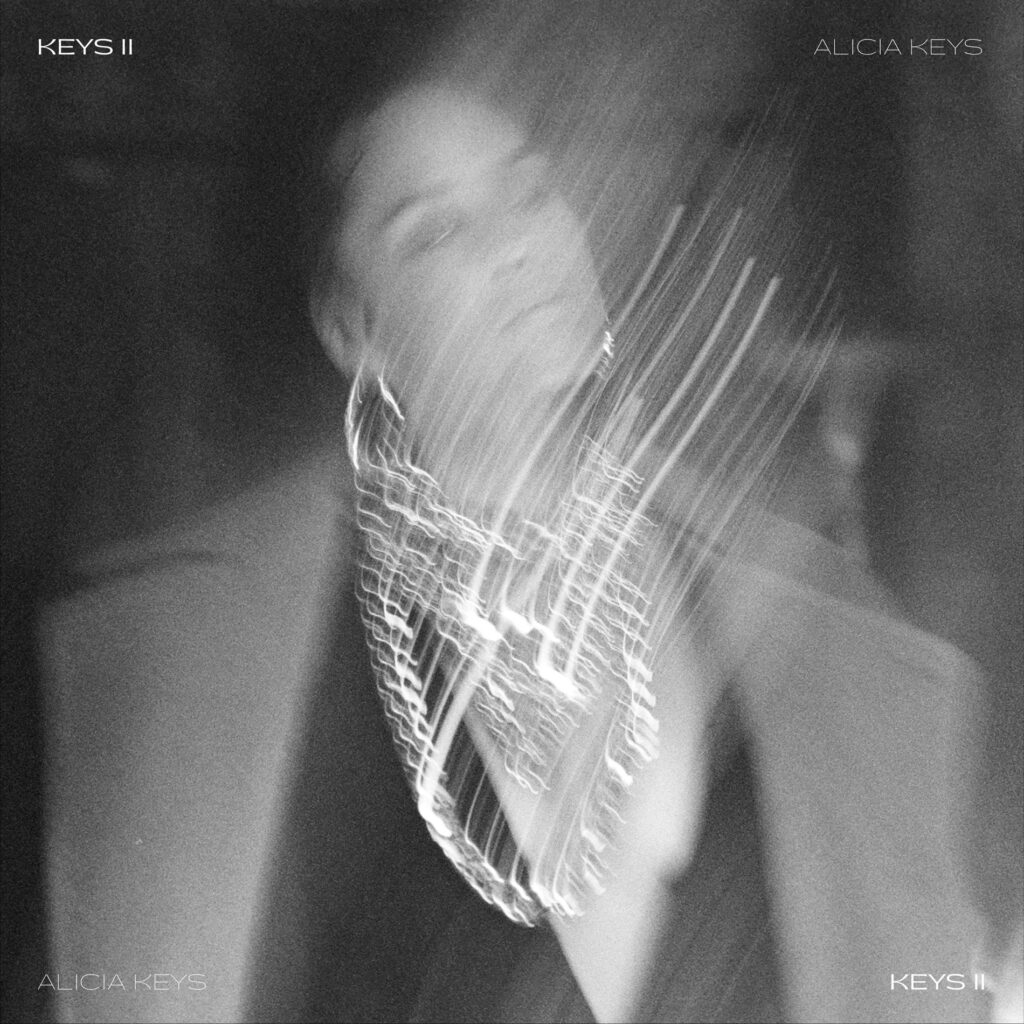 Dressed in a black inner attire with a jacket on top, Keys can be seen on the album cover shimmering with all the jewelry she is draped in, as they throw their shine into the blur that extends to her face, spreading to other aspects of the photo. It’s quite easy to tell that she is in her element.

Keys begins her Keys II deluxe journey with “Daffodils (Unlocked),” a bright, happy song with an accompanying great, authentic Alicia vibe. It seemed as if she wasn’t only speaking to herself on the song as she sang about losing oneself in the cold in search for the dough on a solo mission. She then eases into a healing rest that came as a result of all the hardwork done in the past. “We planted seeds, now we’re dancing in the rain,” she sings sweetly on the pre-chorus. The spirit of one who is now at peace, reaping the benefits of the efforts and struggles birthed through the process of a long, rigorous journey.

She comes through with an overflowing bowl that contains a fine blend of love and self-love, and pours it all over “Billions (Unlocked),” in which she appreciates herself, her lover and the beautiful union they share. “I am one in a billion, you are one in a billion, we got one in a billion,” she coos on the chorus. The funk-bounce included in the mix further spiced things up a notch.

Brent Faiyaz teams up with her on the next one, “Trillions,” which is like a part two of the previous song. Faiyaz, of course, brings the marshmallow juice with his unique vocals and style of singing, perfectly blending in and complementing Keys on the track. Right after he lays his trippy, emotional verse about how he fits the spec of that special someone any chick can ever desire, they both share lines on the chorus and the result was just beautiful, even more than the original song.

Keys II came to a close with Kaskade’s Radio Mix of “In Common,” a classic off her 2016 ‘Here’ album. The American DJ and producer brought some sick electronic/dance vibe to the old-but-gold jam. The song needs no further introduction, to be honest. For music lovers that were in tune with great songs from way back, this would elicit feelings of nostalgia. A fantastic way to usher out the project. Keys is really a queen in her rights.

The body of work is just a casual, grand but loose, deeply respectful but a little subversive, too. For Keys, thinking big doesn’t necessarily have to mean inflating your ego too.

Load more
Tags
Alicia Keys
Ikedichim Chibundu Follow on Twitter August 16, 2022Last Updated: August 16, 2022
Back to top button
Close
We use cookies on our website to give you the most relevant experience by remembering your preferences and repeat visits. By clicking “Accept”, you consent to the use of ALL the cookies. In case of sale of your personal information, you may opt out by using the link .
Cookie settingsACCEPT
Manage consent