Mavin Records, formerly known as Mo’Hits, after receiving major rebranding took off and keeps soaring to higher heights, welcoming newer and hotter talents that have kept the African sound pushing to international audiences. For ten years, Mavin has been rolling out stars and hits upon hits upon hits.

For all the success and achievements that have come with entertaining not just Africa but the world, the label decided to release a joint, all-star album, “Chapter X,” consisting of Rema, Ayra Starr, Ladipoe, Magixx, Boy Spyce, Crayon, and newest signee, Bayanni. DJ Big N also came through with a few iconic cameos. Don Jazzy surprised us as well, by blessing some of the tracks with his ageless vocals. 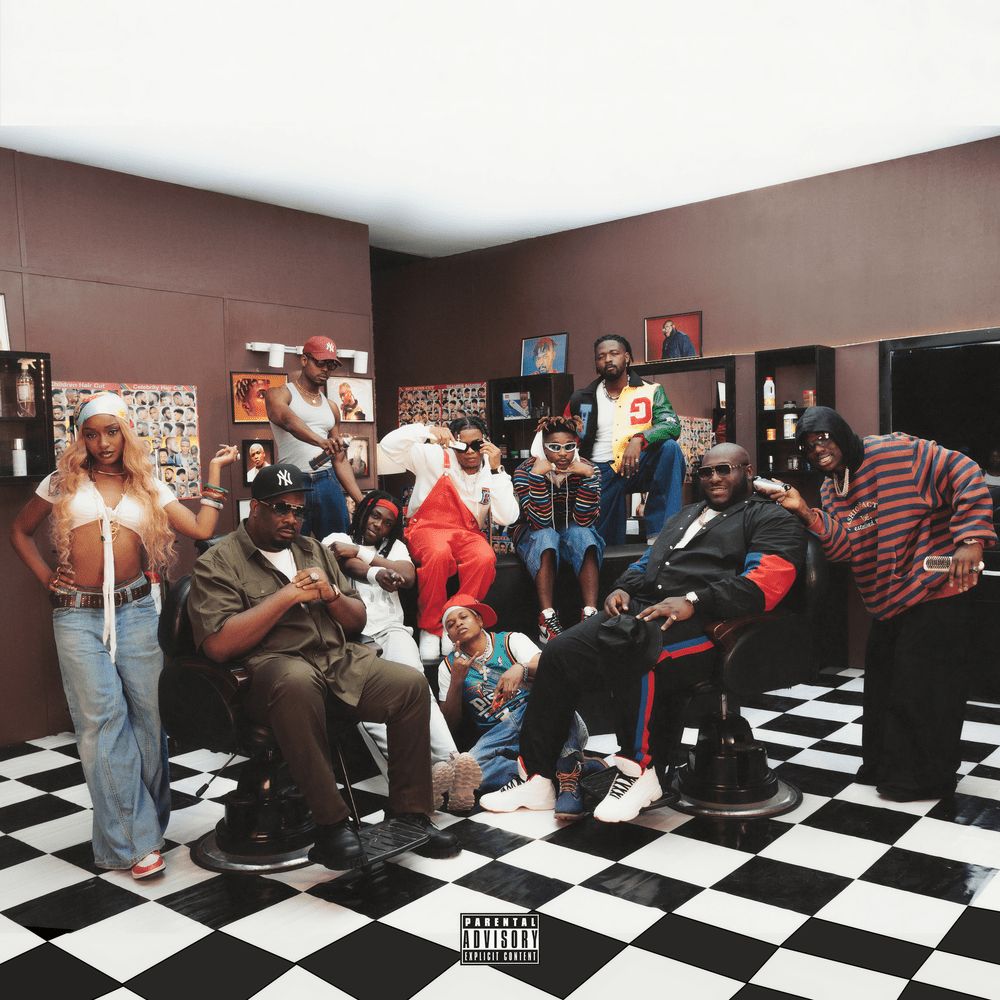 All the big names signed to the Mavin record label can be seen alongside, Don Jazzy himself, their boss. Set in a barbershop with a checkered floor, the artists, the label’s in-house DJ together with their boss, are all wearing chill faces, dripping hard as they all take on different poses for the cam.

The first stanza of “Alle,” the album’s first tune, is sung melodically by Rema. Then Ladipoe, Bayanni, and Crayon come in. Arya finishes with her sonorous performance before Boy Spyce and Magixx boost the tempo. The background vocals are wonderful and seamlessly fit in. The afrobeat arrangement is masterfully and imaginatively done. The words of the song primarily center on themes of love and relationships, with a few sexually explicit references thrown in.

“All I’m Saying,” the following song, features Boy Spyce, Johnny Drille, Don Jazzy, Ladipoe, Crayon, Bayanni, and Don Jazzy. As the ensemble sings of their love for their individual partners and recognizes the sacrifices that have been made, love and relationships are significant themes throughout the song. The track’s last guitar chords are particularly lovely and continue to play till the fade.

Another outstanding song from the album is “Ogini Na Fio,” which also has wonderful lyrics and an Afropop beat arrangement. Don jazzy contributes vocals to a stanza, and Crayon beautifully “eats up” the chorus. As usual, Ladipoe’s rap is top-notch. The lyrics also include references to sexually explicit material and touch on themes like love, identity, desire, and expression.

Rema kicks off “Won Da Mo” with a swaggering verse before joining Crayon for the chorus. This gets the entire Mavins crew singing along. Magixx provides the audience with his sauce and voice, and Boy Spyce and Bayanni offer their songs in a crazy-creative way. Ladipoe’s rap verse is great as always and Arya Starr makes sure to always kill it. The song closes with a line by Johnny Drille and an orchestral finish.

Rema performs in the chorus of “Amina.” The amapiano-style beat arrangement is perfectly suited for Arya Starr’s magic-filled verse. The group puts their all into the beat since the tune is so good and well-executed. The lyrics contain references to love and relationships, attraction, and desire. The song is ended by DJ Big N doing his hype-man thing. The most popular song on the album, “Overdose,” is a solid ten. Apart from Johnny Drille, Don Jazzy, and DJ Big N, all of the other current Mavins crew members are present as Boy Spyce’s verse closes the song. All of the artists on the song deliver exceptional performances.

The whole crew is present as the album’s final track, “You.” The song starts off with Boy Spyce and Arya’s voice in the distance. After a verse by Johnny Drille, Don Jazzy sings, then a rap verse by Ladipoe follows Magixx’s incredible vocal performance. The crew’s different signature catch phrases are all proclaimed by each artist at the end of the song to represent one unit under the Mavins banner.

Chapter X denotes that the label is about to move into a new phase and also serves to commemorate Mavin’s legendary ten-year run.

Load more
Tags
Mavins
Ikedichim Chibundu Follow on Twitter December 6, 2022Last Updated: January 3, 2023
Back to top button
Close
We use cookies on our website to give you the most relevant experience by remembering your preferences and repeat visits. By clicking “Accept”, you consent to the use of ALL the cookies. In case of sale of your personal information, you may opt out by using the link .
Cookie settingsACCEPT
Manage consent 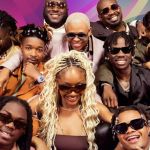