CKay is a Nigerian singer and record producer who began his musical journey quite early – reportedly at 7. His father was a choir leader who introduced CKay to the world of music.

At 13, CKay started producing beats and writing songs for a Christian group. His obsession with music was so intense that he ran away from home to continue chasing his musical dreams.

In Lagos, where he moved in 2014, he was signed as a production intern with Loopy Music. This record label would merge with Chocolate City soon after, allowing CKay to work with some notable names, including Dice Ailes, Ice Prince, MI Abaga, and Kenya’s Victoria Kimani.

From a producer at Chocolate City, he was formally signed as an artist at the record label. Soon after his signing, he released his debut EP, “Who The Fuck Is CKay.”

While it is possible, peeps might have been asking who he was back then; the questions are barely coming these days. CKay is now a famous artist with several impressive numbers, including “Love Nwantiti.”

The songster sees himself as the future of afrobeat. He hadn’t taken the singing thing too seriously at the outset, describing himself as just a bedroom musician, but now he lives for music and enjoys creating beats every minute. But, more than that, he sees himself as a creator of the piece of the future.

CKay’s real or given name is Chukwuka Ekweani. Translated from the Igbo, the name means “God has spoken, and we believe.” The name somehow affirms his parents’ faith in his birth. CKay was born in July 1995, so he’s currently 26 years. On his birthday each year, his fans would celebrate him with messages on social media.

Peeps often ask which country CKay is from. Some would say outright that he’s South Africa. This is probably because he shares the same stage name with a South African artist.

Anyway, CKay is a Nigerian. He was born in Kaduna city of Kaduna state in northern Nigeria, but he’s an Igbo from Anambra state.

According to reports, CKay owns a home in the Beverly Hills area of California.

CKay must have an impressive car collection; he does not flaunt them on socials, making it tough to tell what whip he pushes.

In matters of net worth, CKay is not a citizen of noise. The dude would rather keep quiet about his acquisitions. But he’s doing well all the same. Industry insiders peg his net worth at $2 Million. Mr. Ekweani, an Anambra native living in Kaduna, is Ckay’s father. Ckay’s father was a choir director and church keyboardist. Apart from that, little is known about his father.

CKay was born into a household of six children. He is his parents’ last child. CKay has two elder brothers and three elder sisters.

A musician of CKay’s appeal and fame would not lack attention from the girls. Yes? Although he’s a famous artist, nothing is known about the woman in his life. The songster appears to be in the league of artists who would rather keep their relationships under wraps.

Although he’s been private about his relationship, one clear thing is that he’s not married yet.

What is CKay religion?

He is a Christian, reportedly. According to the singer, in an interview, he was raised in a Christian home.

Which state is CKay from?

Ckay is of Igbo descent from Anambra State, Nigeria.

Why is CKay Love Nwantiti so popular?

The reason for “Love Nwantiti” becoming famous is not far-fetched; the lyrics are relatable, the percussions are dreamily rhythmic, and the song is a pleasant listen, which helped it blow up on the social media platform TikTok. It also became the world’s most Shazamed song in 2021.

When did CKay drop Emiliana?

How much did Love Nwantiti make CKay?

His global hit Love Nwantinti made him the best-selling African artist who amassed 2.6 billion Naira in streaming royalties.

Does CKay have a girlfriend?

The singer manages to keep his private life away from the public.

How much is CKay net worth?

Ckay’s net worth is estimated at around $2 Million.

How was CKay signed?

Asa Asika signed Ckay to The Plug Entertainment, under management during the early peak of his global career as Ckay’s manager.

No, he is a Nigerian singer.

Though his personal affairs are kept hidden from the public eye, the Afrobeats artist has not tied the knot with anyone.

Is CKay in a relationship?

He has not stated that he is in one.

The kind of relationship between Ayra Starr and Ckay is that of a close industry pals and career friendship.

He was formerly signed to Chocolate City. He left after his contract with the record label expired. He is now signed to Warner Music South Africa.

Is CKay on billboard?

A day after the Billboard US charts launched the Afrobeat songs chart, CKCKay’sLove Nwantiti (Ah Ah Ah)” made the top of the list.

When did CKay start singing?

In an interview, CKay revealed he started singing at the early age of three.

Which university did CKay attend?

The singer bagged a Bachelor of Science degree in Public Administration from Ahmadu Bello University Zaria.

What is CKay ethnicity?

Though born in Kaduna, CKay is of Igbo descent from Anambra State.

Tags
CKay Featured
Ikedichim Chibundu Follow on Twitter January 11, 2023Last Updated: January 11, 2023
Back to top button
Close
We use cookies on our website to give you the most relevant experience by remembering your preferences and repeat visits. By clicking “Accept”, you consent to the use of ALL the cookies. In case of sale of your personal information, you may opt out by using the link .
Cookie settingsACCEPT
Manage consent 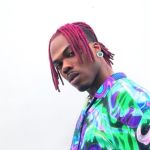