Disc jockey and producer Florence Ifeoluwa Otedola, also known as DJ Cuppy or just Cuppy, was born in Nigeria on November 11, 1992. She is the offspring of Femi Otedola, a businessman from Nigeria. She was raised in Lagos before relocating to London at age 13. Before moving to Ikeja, Cuppy spent six years living in Ilupeju. There, she attended Grange School, Ikeja. For her GCSEs and A-Levels, she then moved to London.

She earned a degree in business and economics from King’s College London in July 2014. 2015 saw her complete a master’s program in the music business at New York University. Cuppy has enrolled at the University of Oxford since October 2021 and is working on a master’s degree in African Studies there. 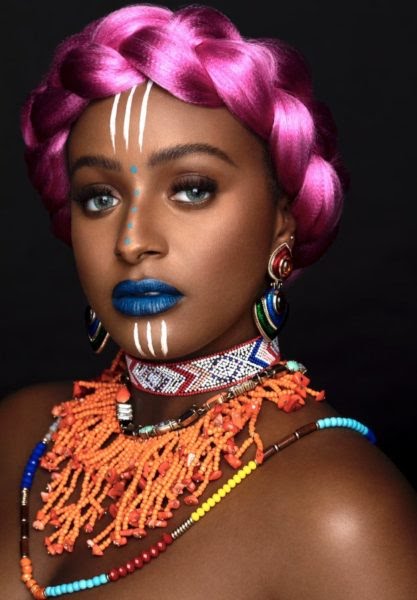 With an estimated net worth of $1.9 million, DJ Cuppy is one of Nigeria’s wealthiest and most prominent female performers and DJs. Cuppy was named the tourism ambassador for Nigeria’s “Fascinating Nigeria” campaign in April 2014 by Mr. Edem Duke, Minister of Tourism, Culture, and National Orientation.

Along with three other performers in Nigeria, She joined Pepsi’s DJ Ambassadors on March 20, 2018. As the 2018 World Cup in Russia approached, she appeared in the Pepsi “#NaijaAllTheWay” all-star commercial. Cuppy was named a Global Citizen Education Ambassador on June 5, 2018. In addition, Cuppy was named an ambassador for the Save The Children campaign in the UK on November 28, 2018.

Femi Otedola, Cuppy’s father, gifted her a house in the UK for her birthday. Reportedly, the home is worth £5 million. The luxurious home has a swimming pool and is decorated in white. It also has several indoor and outdoor spaces. 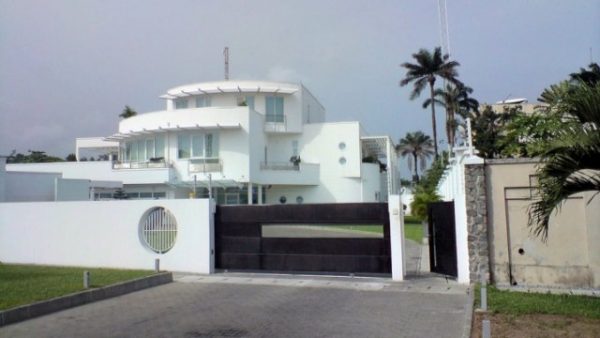 DJ Cuppy has a lovely collection of rides in her possession. They include a Ferrari Portofino valued at ₦80 million, a Mercedes-Benz G-Wagon worth ₦54 million, a Rolls-Royce Phantom VIII that goes for ₦162 million, a 2018 Range Rover Sport SUV, and a Mercedes-Benz SLR McLaren. 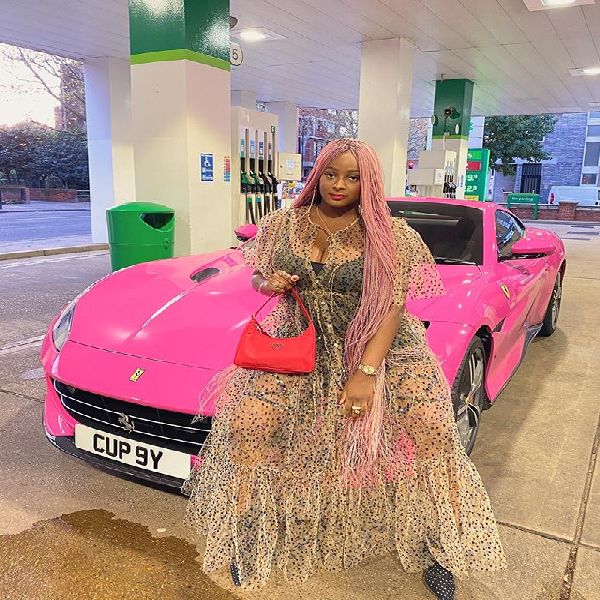 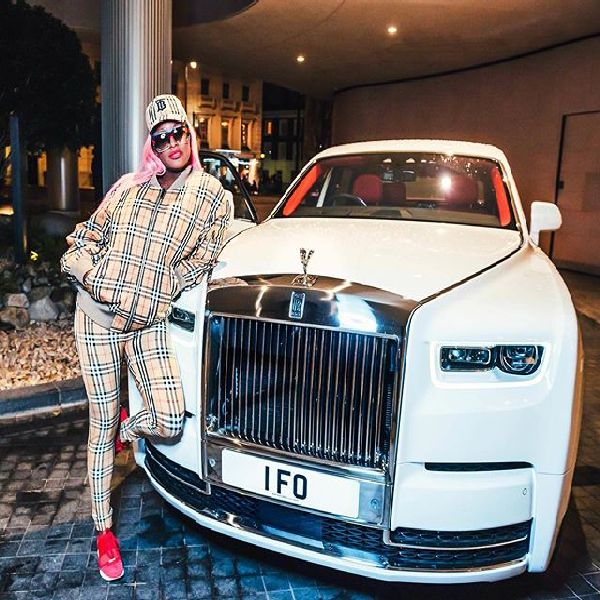 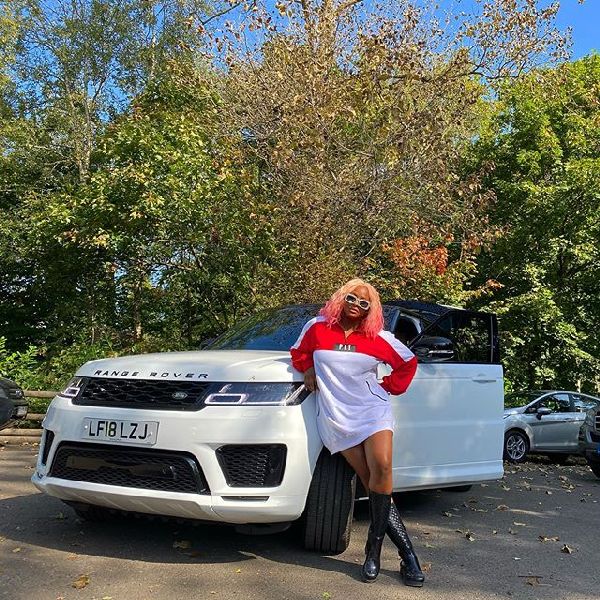 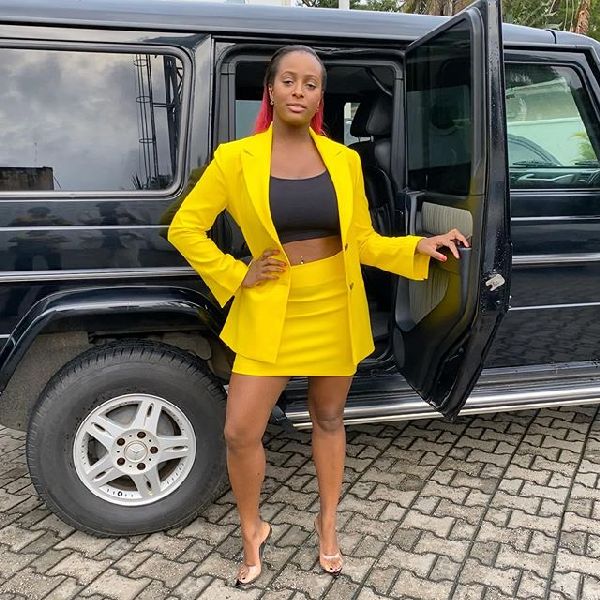 Ryan Taylor, her British lover, proposed to Florence Otedola, aka DJ Cuppy, during an event in Abu Dhabi, and she eventually said yes. Ryan Taylor is a British boxer, professional BMX rider, and YouTuber. Ryan was born in Hartlepool, England, on March 18, 1993. He has amassed over 2.3 million subscribers and over 262 million views on his channel, Ryan Taylor BMX. In November 2011, he launched his YouTube account and co-founded the business Industry BMX. Femi Otedola, a wealthy businessman and philanthropist from Nigeria, and his wife Nana are the parents of Cuppy. Her mother, Nana, is an entrepreneur and philanthropist. The Ghanaian woman was born on August 2, 1966, in London, United Kingdom, where she was raised. However, Nana makes the majority of her business investments in Nigeria. Temi Otedola, born on March 20, 1996, is an actor, blogger, and fashion enthusiast. She appeared as Moremi Oluwa in the movie Citation last year.

Fewa has autism spectrum disorder, which hinders one’s ability to develop mentally. He was born on June 2, 2000, resides in the US, and allegedly manages a couple of businesses.

Tolani Otedola, meantime, is DJ Cuppy’s half-sister and Femi’s eldest child. The singer/songwriter, born on April 21, 1986, enjoys a quiet existence. Before marrying Nana, the billionaire had her with Olayinka Odukoya. After the baby was born, Femi’s mother allegedly forbade him from marrying Tolani’s mother. 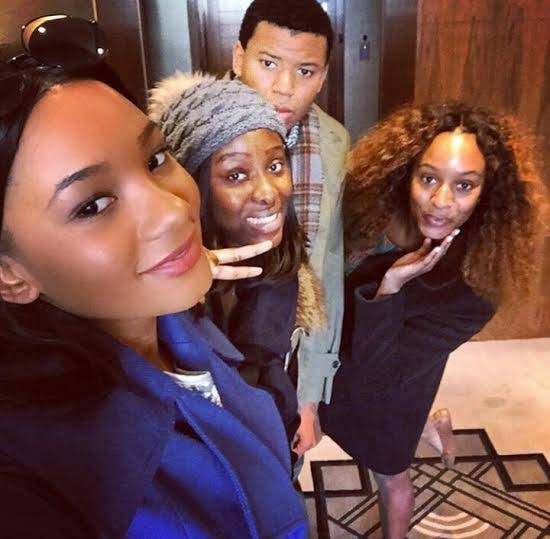 She graduated with a Bachelor of Science in 2014 from King’s College London in business and economics and a Master of Music in Business from New York University in 2015. The DJ also reportedly enrolled at Oxford University in England to pursue a Masters in African Studies.

They were once rumored to be an item in 2021 after pictures of them hanging out as a couple flooded the internet. However, none of them gave any official statement. So nothing was certain.

How much does DJ Cuppy charge?

Who are Cuppy family members?

How can I meet DJ Cuppy?

By simply booking her for your event. You can meet her virtually via her social media accounts.

Joshua, a former boxing heavyweight unified champion, is known to have a relationship with Cuppy.

It is difficult to say whether Zlatan Ibile dated DJ Cuppy, given that they denied everything as false rumors. They did work together, though.

For those wondering if DJ Cuppy and ex-BBNaija housemate Kiddwaya ever dated, DJ Cuppy has a response. In an Instagram live with Kiddwaya, DJ Cuppy laid all rumors to rest. Speaking of their friendship, she said,” You and I are just friends; we are so close.”

Which university did DJ Cuppy attend?

Does DJ Cuppy have a child?

Cuppy is not a mother yet.

Does DJ Cuppy have a brother?

Yes, she does have a younger brother called Fewa Otedola.

Does DJ Cuppy have a lion?

The award-winning disc jockey shared the photo of the lion named after her stage name while young side-by-side with the lion’s current size, Naijaloaded reported.

Does DJ Cuppy own a private jet?

Her father reportedly supported her music career and provided her with a jet for her travels and performances.

Does DJ Cuppy have a tattoo?

Just behind her left ear, she has a simple heart-shaped tattoo.

Where does DJ Cuppy live?

She reportedly lives in Ikeja, Lagos. She also has a crib out in the UK, acquired by her father.

How many siblings does DJ Cuppy have?

She has two sisters and one younger brother.

Has DJ Cuppy given birth?

No, the superstar DJ has not birthed any children. Not yet, at least.

According to reports, Cuppy secretly tied the knot with her professional boxer fiancé Ryan Taylor.

Who has DJ Cuppy dated?

The list is a little long. She has reportedly been romantically linked with Anthony Joshua, Fireboy DML, Olamide, Zlatan, Broda Shaggi, and others.

How many cars does DJ Cuppy have?

She reportedly owns a collection of seven posh rides.

How old is DJ Cuppy?

She is thirty years old.

How old is DJ Cuppy's sister?

What is DJ Cuppy's net worth?

DJ Cuppy’s net worth is estimated at around $1.9 Million (760 million Naira).

How much is DJ Cuppy's Ferrari?

According to reports, her father got the pink Ferrari for her for 80 million Naira.

Tags
DJ Cuppy Featured
Ikedichim Chibundu Follow on Twitter January 17, 2023Last Updated: January 18, 2023
Check Also
Close
Back to top button
Close
We use cookies on our website to give you the most relevant experience by remembering your preferences and repeat visits. By clicking “Accept”, you consent to the use of ALL the cookies. In case of sale of your personal information, you may opt out by using the link .
Cookie settingsACCEPT
Manage consent 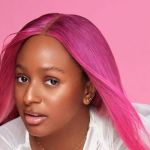