A paradigm shift has happened for Benzino, or so it would seem, as he decides to bury the hatchet with Eminem.

For close to two decades, Benzino and Eminem have been two parallel lines that never see eye to eye. The age-long rift was such a big deal it had to be well-documented over the years, detailing every controversial moment or diss track on the media with chronological, hot takes on the longstanding beef.

However it would seem as though Benzino is turning over a new leaf, as he publicly lays down his battle sword. It has even been up to a month since Benzino fired shots of insults at the rap god, and now, all of a sudden, he came back on social media to not only make things right with Em but also with the rapper’s fans.

“To all @Eminem fans & Stans all over the world, the beef is officially over,” Benzino tweeted. He also wrote some other nice stuff about the Detroit icon, saying that this was more about his daughter, Coi Leray.

He added, “I realize that me going back and forth with his fans is not good for the culture, my spirit, my legacy and most important, my beautiful, talented daughter Coi Leray. I don’t want any negativity from me affect her dream. This is truly over. God Bless All.” 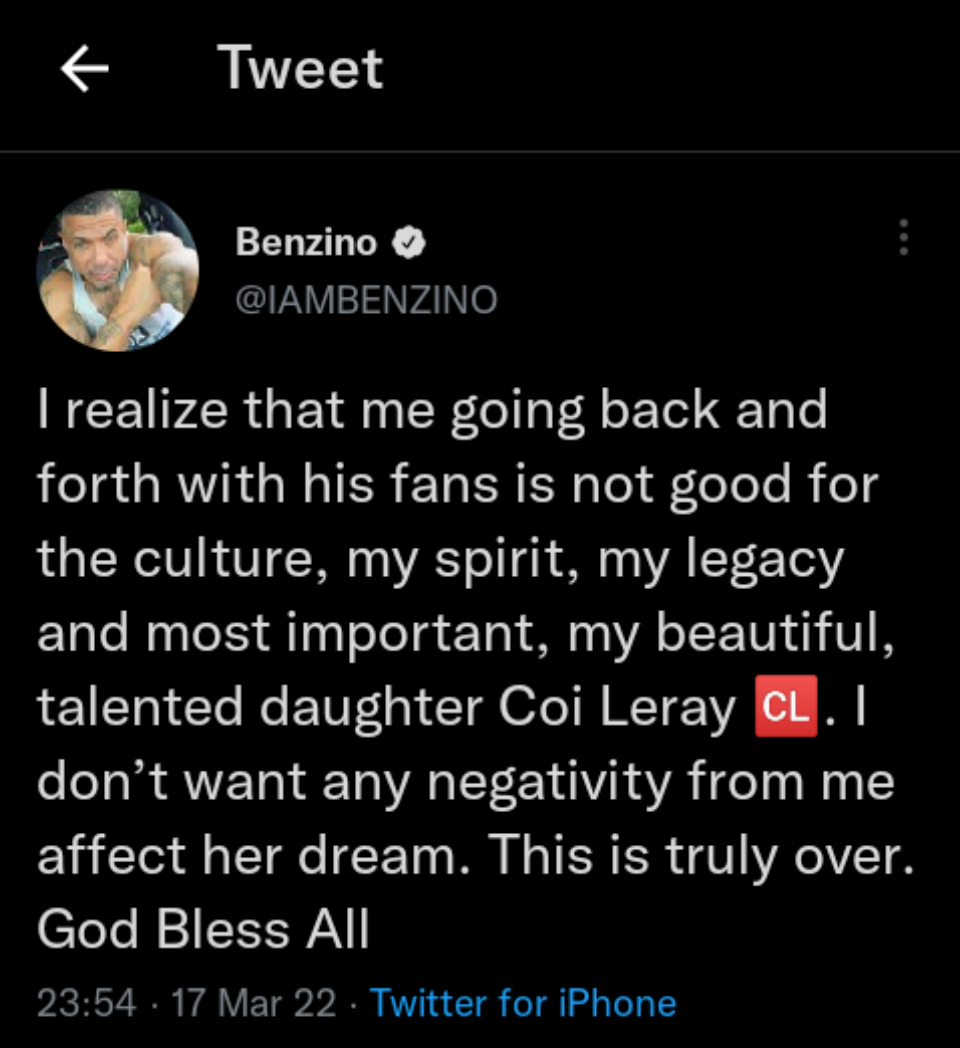 Tags
Benzino Eminem
Ikedichim Chibundu Follow on Twitter March 19, 2022Last Updated: March 31, 2022
Check Also
Close
Load more
Back to top button
Close
We use cookies on our website to give you the most relevant experience by remembering your preferences and repeat visits. By clicking “Accept”, you consent to the use of ALL the cookies. In case of sale of your personal information, you may opt out by using the link .
Cookie settingsACCEPT
Manage consent