Bow Wow is giving a shout-out to his longtime friend and industry pal, Chris Brown, after he pulled up to his show. The two singers were caught on camera backstage at Bow’s show and they seemed to have some good energy going on as they both stood facing each other, appearing to be engaged in a conversation.

Bow Wow, in a tweet, acknowledged his friend coming through to support him and showed his gratitude for being there for him and also for being the “only friend” he had in the industry. The tweet showed that the pair indeed shared quite a deep bond as Bow said they “never switched up,” tagging themselves “Day 1s.”

The pair haven’t just been close friends alone, they have also worked together on records. Clearly, so far, they have seemed to maintain their friendship over the years which is super admirable especially amongst artists. Bow’s acknowledgement comes after he was involved in a scuffle also backstage, recently, at one of his shows.

At the FTX Arena in Miami, Florida, during what seemed to be a meet & greet, there was an incident involving Bow Wow. The Millennium Tour Turned Up, Bow Wow’s current tour, brought him to the area. An Instagram user named @pierre.pope posted a video of AEW wrestler Jade Cargill and two of her friends, who appeared to be Red Velvet and Kiera Hogan from The Baddie Section.

As security attempted to defuse the situation by standing between the two parties, Cargill and her friends were seen yelling and charging toward Bow Wow. Apparently, Bow Wow asking the female wrestler out on a date had a hand in sparking the altercation.

Tags
Bow Wow Chris Brown
Ikedichim Chibundu Follow on Twitter November 28, 2022Last Updated: November 28, 2022
Check Also
Close
Back to top button
Close
We use cookies on our website to give you the most relevant experience by remembering your preferences and repeat visits. By clicking “Accept”, you consent to the use of ALL the cookies. In case of sale of your personal information, you may opt out by using the link .
Cookie settingsACCEPT
Manage consent 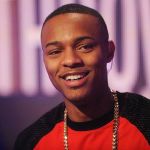