The banning of former kickboxer Andrew Tate from YouTube and social media has become one of the most popular topics online. Tate made millions of dollars through his casino and other ventures after quitting kickboxing. Due to his “misogynist” remarks, he had suddenly gained international recognition. Even well-known podcaster Joe Rogan has found himself in issues in the past.

When talking about what went wrong that resulted in Tate’s suspension, Joe Rogan commented, “He f**ed up with the misogynist stuff because if he didn’t do that, if he just did the pro-male stuff and pro-accountability, and pro-discipline stuff.” The UFC analyst went on to say that Tate would not have ended up in this situation if he had simply spoken about himself and how to succeed in life.

Additionally, Rogan stated that you would never succeed if you focus solely on your emotions. In June, Andrew Tate’s popularity skyrocketed, and with it came a sizable social media following. After being banned, he posted a lengthy video in which he attempted to clarify how his remarks had been misconstrued. Rogan feels that the world needs people like Tate, despite the fact that he does not subscribe to all of the views Tate promotes.

Don't Miss
Tags
Joe Rogan
Ikedichim Chibundu Follow on Twitter September 6, 2022Last Updated: September 6, 2022
Back to top button
Close
We use cookies on our website to give you the most relevant experience by remembering your preferences and repeat visits. By clicking “Accept”, you consent to the use of ALL the cookies. In case of sale of your personal information, you may opt out by using the link .
Cookie settingsACCEPT
Manage consent 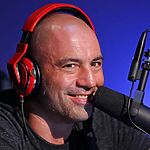