According to Hipgnosis Songs Capital, the agreement to purchase Justin Bieber’s publishing, artist royalties from his master recordings, and neighboring rights have been finalized. According to a source with knowledge of the matter, the price of the agreement was just north of $200 million, making it the highest rights sale for an artist of Bieber’s generation. Additionally, it is the largest purchase Hipgnosis has made to date. It includes all 290 of Justin Bieber’s albums released by December 31, 2021, including his most recent album, “Justice.”

Like Justin Bieber’s, new catalogs are typically viewed as riskier investments since they lack the longevity assurance of older catalogs. As a result, they frequently trade at lower multiples than those of established performers. However, Bieber’s success has been indisputable since the release of his 2009 debut album, My World, and his 2010 follow-up, My World 2.0, which peaked at number one on the Billboard 200 and featured the hit single “Baby.” In addition, Bieber has charted eight No. 1 albums on the Billboard 200, including his most recent full-length studio album, Justice, from 2021.

Bieber has accumulated 26 top 10s on the Billboard Hot 100, including eight No. 1s. According to Luminate, his albums have sold 13.2 million traditional album copies out of a total of 28 million equivalent album units in the United States. In addition, in the US, 16.6 billion on-demand official streams of his collected tracks that are mostly credited to him have been generated.

Don't Miss
Tags
Hipgnosis Justin Bieber
Ikedichim Chibundu Follow on Twitter January 25, 2023Last Updated: January 25, 2023
Back to top button
Close
We use cookies on our website to give you the most relevant experience by remembering your preferences and repeat visits. By clicking “Accept”, you consent to the use of ALL the cookies. In case of sale of your personal information, you may opt out by using the link .
Cookie settingsACCEPT
Manage consent 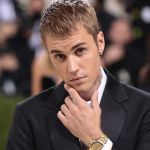