Ye, formerly known as Kanye West, made his long-awaited appearance at Miami’s LoanDepot Park on Tuesday night to bless fans with a taste of his forthcoming album, Donda 2.

During the event, Ye performed a song off the album, in which he rapped about his late friend and collaborator, Virgil Abloh. “I stopped buying Louis bags after Virgil passed,” Ye rendered on the song. “We ain’t doin’ business, it won’t be no business.”

Virgil was the designer and artistic director of Louis Vuitton’s menswear collection, and he sadly passed away last year in November after an undisclosed battle with cancer. He was 41 years old at the time of his passing.

Ye and Virgil were collaborators on quite a lot of projects, with them interning at Fendi back in 2009. The designer extraordinaire and Off-White founder also worked on the respective album art covers for ‘My Beautiful Dark Twisted Fantasy’ and ‘Yeezus’.

The track performed by Ye goes by the title “Louis Bag”, according to the setlist posted by rapper and one of the Migos, Quavo, on his Instagram Stories. The track featured Jack Harlow and also contained a sampled clip of vice president, Kamala Harris.

Tags
Kanye West Virgil Abloh
Ikedichim Chibundu Follow on Twitter February 23, 2022Last Updated: March 31, 2022
Check Also
Close
Back to top button
Close
We use cookies on our website to give you the most relevant experience by remembering your preferences and repeat visits. By clicking “Accept”, you consent to the use of ALL the cookies. In case of sale of your personal information, you may opt out by using the link .
Cookie settingsACCEPT
Manage consent 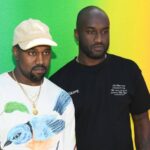