Sadly, Kanye West and Kid Cudi have gone from best of friends to burgeoning foes.

The beef between the pair erupted on Saturday afternoon, February 12th, when Ye went on social media and seemed to denounce Cudi, revealing his “Kids See Ghosts” collaborator would no longer be a feature on the upcoming Donda 2 album. “Just so everyone knows Cudi will not be on Donda because he’s friends with you know who. We all speak in Billie language now,” Kanye posted on Instagram in a seemingly handwritten letter.

The Chicago rap-mogul’s beef with Cudi appears to be stemming from the Ohio rapper’s friendship with SNL comedian, Pete Davidson, the current boyfriend of Kanye’s estranged wife, Kim Kardashian.

After catching wind of Kanye’s memo, Cudi quickly responded in the comments of Ye’s post. “Too bad I don’t wanna be on ur album u fuckin dinosaur hahahaha,” Cudi posted. “Everyone knows I’ve been the best thing about ur albums since I met u. Ima pray for you brother.”

Cudi then addressed the issue on Twitter. “We talked weeks ago about this,” Cudder posted. “You’re whack for flipping the script and posting this lie just for a look on the internet. You ain’t no friend. BYE”

Tags
Kanye West Kid Cudi
Ikedichim Chibundu Follow on Twitter February 14, 2022Last Updated: March 31, 2022
Check Also
Close
Back to top button
Close
We use cookies on our website to give you the most relevant experience by remembering your preferences and repeat visits. By clicking “Accept”, you consent to the use of ALL the cookies. In case of sale of your personal information, you may opt out by using the link .
Cookie settingsACCEPT
Manage consent 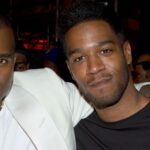 Kanye West Says He Is Yanking Kid Cudi Off ‘Donda 2’, And Gets Called A “Dinosaur” by Cudi