When a super-talented producer like Pheelz gets together on a song with an incredible creative and singer like Buju or BNXN, as he would rather it, you best believe it’s about be total chaos. A freaking pandemonium! And the fans agree.

Pheelz has taken off for the year with his first single of 2022. This one he calls “Folake (For the Night)”, with a perfect pick for a guest artist. We’re talking none other than BNXN, formerly known as Buju. This release would be serving as a follow-up to his last EP, “Hear Me Out”, released in 2021.

BNXN on the other hand has been going hard ever since he departed Spaceship Records, Burna Boy’s record label, dropping singles back to back, and an EP, “Sorry I’m Late”, released in October 2021. The EP had all 7 seven songs in it charting on the top 10 Nigerian songs on Apple Music. The EP went on to spend a couple of weeks on the top spot and is still in the top 10 albums in Nigeria.

With a short clip of BNXN singing the lyrics going viral, fans have gotten a sneak peek into the creativity, the melodies, the style that got poured into the new song.

Who else feels that 10th March is too far for this jam😩💔❤️ Pheelz and Buju sorry BNXN abeg na😂 folake don blow sha😂 pic.twitter.com/eRCKY2YHM4

What’s funny is “Folake (For the Night)” is still unreleased but is already trending. The single itself will be released soon.

Tags
Bnxn Pheelz
Ikedichim Chibundu Follow on Twitter March 1, 2022Last Updated: March 31, 2022
Check Also
Close
Back to top button
Close
We use cookies on our website to give you the most relevant experience by remembering your preferences and repeat visits. By clicking “Accept”, you consent to the use of ALL the cookies. In case of sale of your personal information, you may opt out by using the link .
Cookie settingsACCEPT
Manage consent 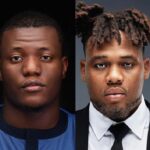