Friday is just days away, but it holds a lot of promise for fans of the Marlian universe and specifically one of its luminous assets, Zinoleesky. The songster is gearing up to release a new body of work and has just shared details about it.

in a recent tweet, Zinoleesky informed fans that his “Grit & Lust” EP will be out this Friday. To give fans clues about what to expect, he shared the artwork of the project as well as the tracklist.

The cover art of the project showed him sitting confidently on a sofa in an open space – what appears to be a golf course. The title of the compilation was rendered in a color that matches the sofa he is sitting on. His piercing gaze might burn the soul.

In the caption to the post, he thanked those who worked with him, including Omah lay and Ayra Starr. Those are the only featured artists on the eight-track project. He was generous enough to also name his producers. 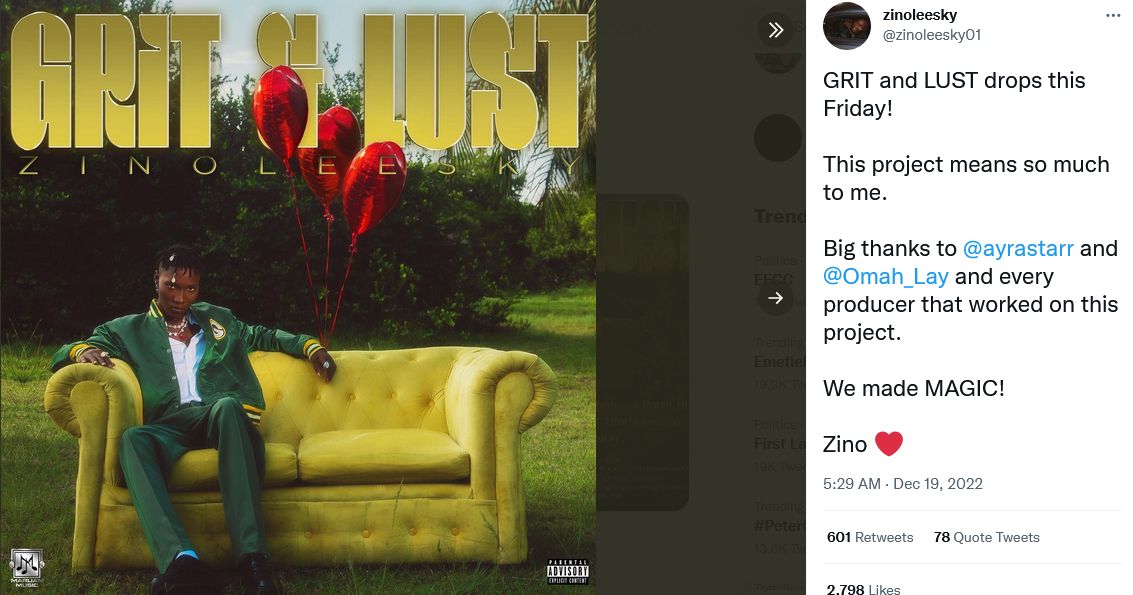 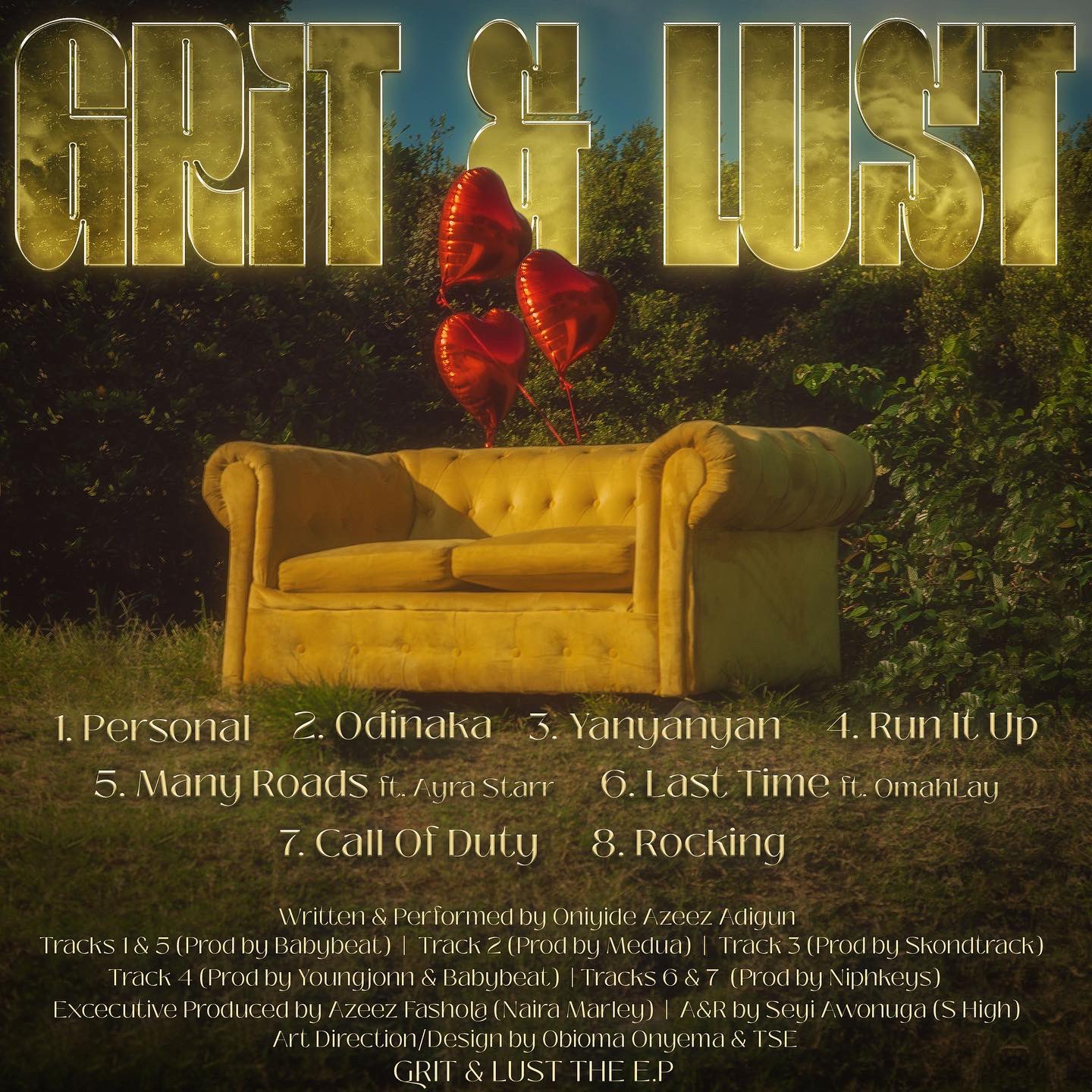 The reactions to his post indicate that fans are already pumped for what is to come. Heart and fire emojis were enough to convey how fans are feeling about what the Marlian is cooking.

Of course, we will bring you the project as soon as it is released. Just follow our social media channels and stay tuned for updates.

Tags
Zinoleesky
John Anusie Follow on Twitter December 20, 2022Last Updated: December 23, 2022
Check Also
Close
Back to top button
Close
We use cookies on our website to give you the most relevant experience by remembering your preferences and repeat visits. By clicking “Accept”, you consent to the use of ALL the cookies. In case of sale of your personal information, you may opt out by using the link .
Cookie settingsACCEPT
Manage consent