V**gra Boys (**= “ia” because spam FILTERS) have announced a 2023 US Headlining tour in support of their recently released third album Cave World available now via YEAR0001. Kicking off February 13th in Washington DC, the tour spans 14 dates across the US including Brooklyn’s Elsewhere, concluding in Seattle WA on March 4th. Tickets go on sale this Friday, October 28th.

The Swedish Post-Punkers have also announced their US late night TV debut via Jimmy Kimmel Live! on November 2nd with a song from the new album.

The group has continued their meteoric rise into the hearts and ears of fans across the world this year with their live shows becoming an integral part of their brand. Legends of shrimp being thrown on stage and cheese being grated on people’s heads paired with frontman Sebastian Murphy’s powerful stage presence and the talented musicians backing him make the V**gra Boys a must-see show in 2023. Fresh off the release of their newest album, Cave World, earning the band attention from Pitchfork, Fader, Stereogum, Flood, and more, the group have continued to craft their own lane within punk music and pop-culture beyond. 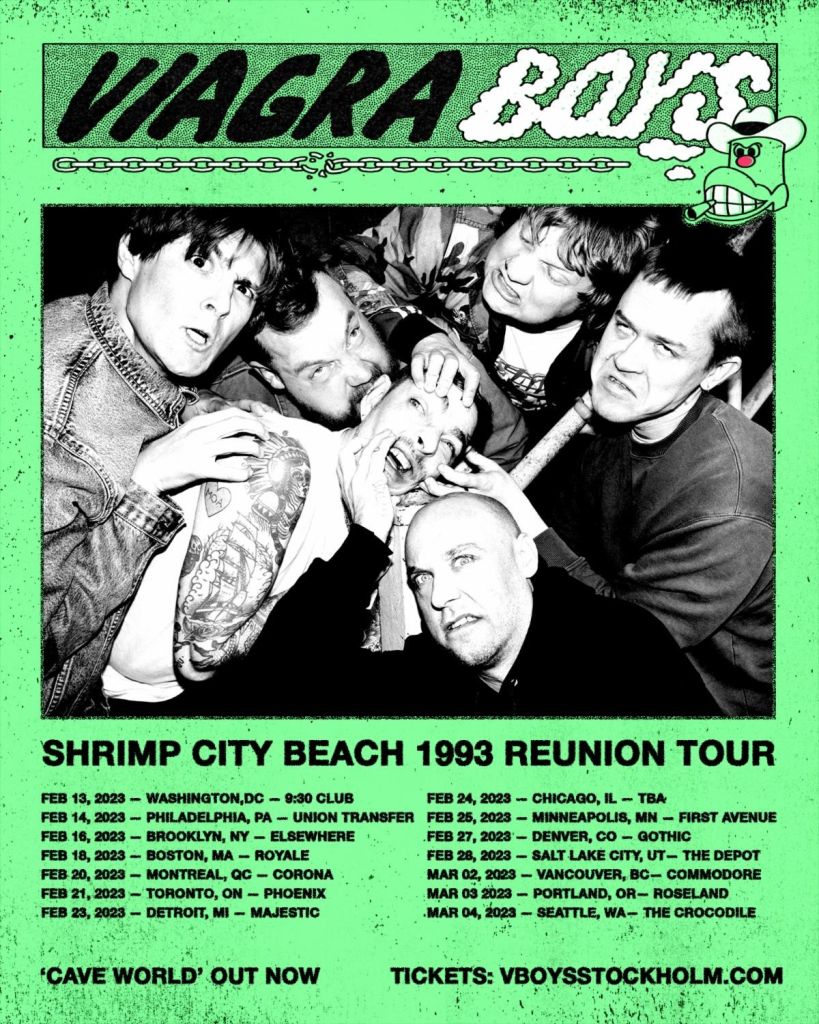 Tags
V**gra Boys
Ayodeji Ibrahim Lateef Follow on Twitter October 26, 2022Last Updated: October 26, 2022
Check Also
Close
Back to top button
Close
We use cookies on our website to give you the most relevant experience by remembering your preferences and repeat visits. By clicking “Accept”, you consent to the use of ALL the cookies. In case of sale of your personal information, you may opt out by using the link .
Cookie settingsACCEPT
Manage consent