Josh2Funny, who amusingly varies his humour by making weird remixes of well-known songs, had also made reference to Wizkid’s iconic breakthrough song, Holla At Your Boy, which, according to him, included a cameo from Skales, who at the time was a rapper and a fellow EME signee.

Beginning the clip, you would totally believe you’re in for some hot take as Josh starts off with letting us into his opinions on the matter just before trailing off with a blend of gibberish that would almost make you question your sanity owing to the confusion his bending sentences would lead you into. If you’re new to his content, that is.

Josh has always had his way around delicate issues and has his unique way of tinging the entire situation with some satire and sarcasm. Not too long ago, one of his funny skits caught the attention of legendary US rapper, Snoop Dogg, who took the content and reposted it on his page.

Tags
Josh2Funny
Ikedichim Chibundu Follow on Twitter December 6, 2022Last Updated: December 6, 2022
Check Also
Close
Back to top button
Close
We use cookies on our website to give you the most relevant experience by remembering your preferences and repeat visits. By clicking “Accept”, you consent to the use of ALL the cookies. In case of sale of your personal information, you may opt out by using the link .
Cookie settingsACCEPT
Manage consent 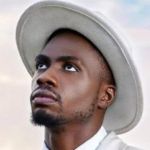