Nigerian singer and songwriter Fireboy DML has finally released his anticipated third studio album, “Playboy.” Fireboy gained the world’s attention following the massive success of his hit song “Peru,” which featured British singer and songwriter Ed Sheeran on the remix. “Peru” peaked at number two on the UK’s Official Singles chart and charted for multiple weeks on the Billboard US Hot 100.

Fireboy DML performed the jam at the 2022 BET Awards, becoming the first African artist to do so. He also gained praise for the release of the album’s title track. Fireboy’s new “Playboy” album is a 14-track delight that explores the beauty and pain of desire, attraction, pleasure, and much more. The project was released via Nigeria’s YBNL Nation and Empire.

You’d expect a bunny on the album cover, but Fireboy did things differently. The album cover features a shot of the Nigerian star getting his hair braided by a chocolate-skinned honey. No doubt, he’s a ladies’ man. Her hands and fingers are adorned with bangles and rings. Although the “Jealous” star is currently a global star, the album cover still feels African in a way that pages homage to the continent.

Rapper Euro joined him on track 5, “Adore.” “Playboy” also contains one of Africa’s most anticipated collaborations, a Fireboy x Rema collab. They both teamed up on the song “Compromise,” one of the project’s standout tracks. In a statement about it, the “Like I Do” star stated that they were both in the same head space when they worked on it.

“Playboy” contains some very big tracks. Some would argue that it was a popular album before it was released. The project was preceded by the release of three big tracks, including “Peru” featuring Ed Sheeran, “Playboy,” and “Bandana” featuring Asake. “Peru” became a global success topping several charts and getting certifications.

After performing the song at Wembley stadium and the 2022 BET Awards, Fire became the first African artist to do so. Following the album’s release, several tracks, including “Afro Highlife,” “Sofri,” “Ashawo,” “Adore,” “Diana,” and more, have gained praise and become fan favourites.

Fireboy shared that he had his first block while working on the album. However, the success of “Peru” inspired him to complete it. He tapped some of Africa’s top producers to work with him on it. Credits go to Eskeez, P.Priime, Telz, Bizouch, Blaise Beats, Phantom, Zaki Amujei, Kolten, Kel P, Shizzi, and Type A. Fireboy is one artist who is as comfortable in his voice as he is in his skin. He effortlessly delivered the songs, giving an impressive performance on each track.

In Nigeria, Fireboy has made a name as one of few reputable artists for creating fantastic albums. The Nigerian star owned 2019 with his debut record “Laughter, Tears & Goosebumps.” He returned about a year later with his second album “Apollo.” Both albums were significant successes. They earned him a loyal fanbase and established him as one of Nigeria’s best songwriters and hitmakers. While Fireboy still filled the new album with hits, his lyricism was toned down on “Playboy.” He focused on making statements and building entertaining narratives. His aim on the album was not to make his fans think deeply but make them dance to his gbedu.

Load more
Tags
Fireboy DML
John Ogba-Ifeakanwa Follow on Twitter August 7, 2022Last Updated: August 7, 2022
Check Also
Close
Back to top button
Close
We use cookies on our website to give you the most relevant experience by remembering your preferences and repeat visits. By clicking “Accept”, you consent to the use of ALL the cookies. In case of sale of your personal information, you may opt out by using the link .
Cookie settingsACCEPT
Manage consent 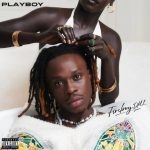