On March 31, Popular band, Meshuggah released their new Metal album “Immutable” to rave reviews. Released via Atomic Fire Records, the album has already gained great feedback in the few days that it has been available to the public. An article by Louder Than War hailed the band for “producing dazzling and experimental metal”.

The Swedish brand has earned quite a reputation for being one of the most progressive metal bands. Their death metal tracks engulf you, and their live performances leave fans wanting more. With the new “Immutable” album, the band delivers what we’d call a show from the first track down to the last one. As expected, the guitar’s thunder and the drums are louder than ever. The album opens in the most intriguing manner, one that most have called “dramatic”. But we must say, they’ve put together one of their most exciting and captivating projects. 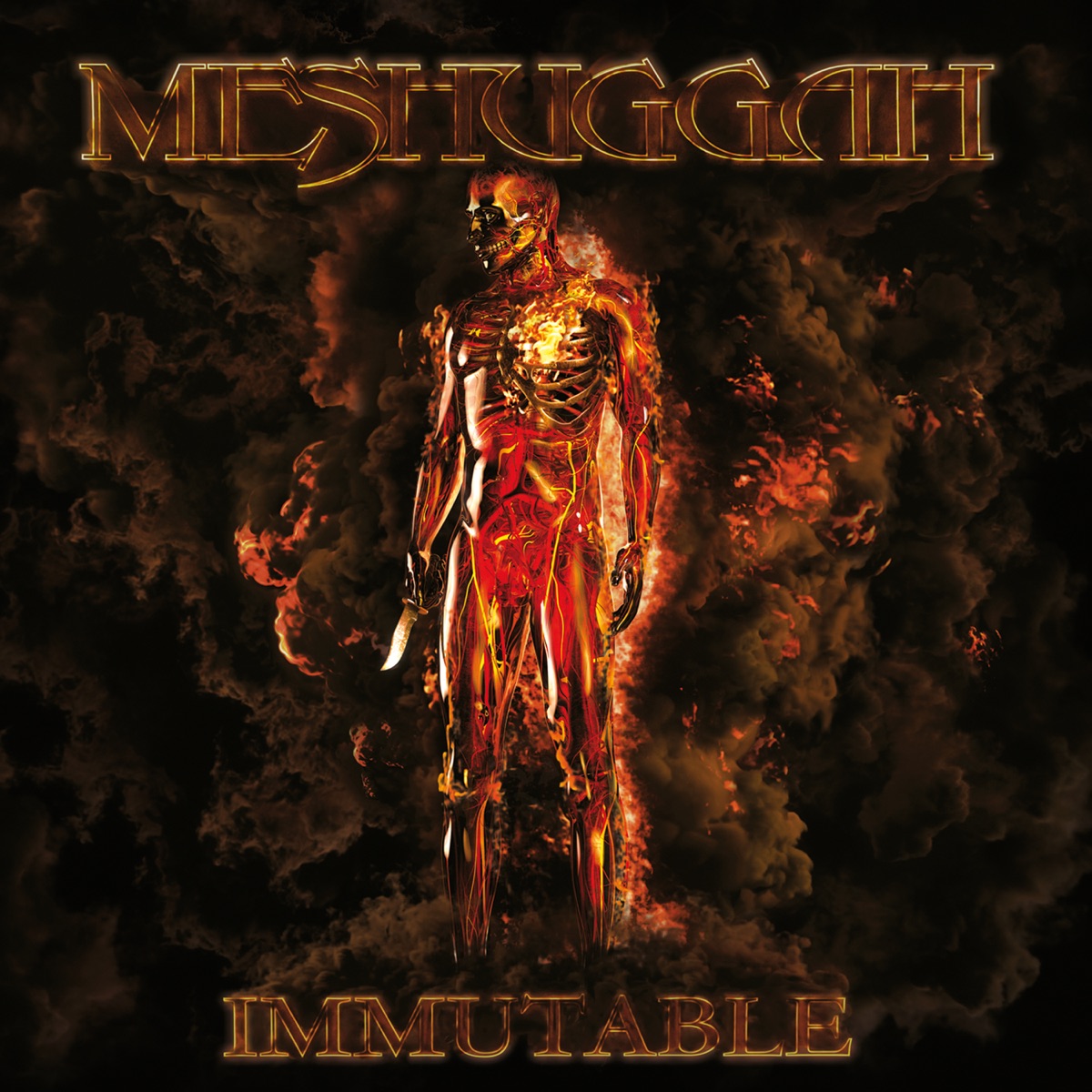 Meshuggah has always been creative when it comes to its album cover arts. While their last two album arts were inspired by snakes (or you could say Medusa), the new one seems to take an entirely different route. Simply put, it is inspired by fire and flames.

The artwork features a burning skeleton (more like Scorpion) standing amid burning flames of fire. The dark flames do not engulf him but rather look like they aim all the attention on him. The burning skeleton also holds a knife but not in a reckless manner. The art seems to channel all that the new album is about. That’s “captivating” of course.

Meshuggah is one of those metal bands that can pull off an entire project by themselves. But, as they have done in all their other albums, they also ride solo on this new one. There are no guest features. Instead, they deliver the vocals on the album. Jens Kidman’s whispers almost pierce through your ears as you listen.

A few singles preceded the album before it was released. The album’s most famous track, “The Abysmal Eye” was released on January 28. It gave fans a hint of what was coming. Almost two months later, on March 3, the second single, “Light The Shortening Fuse” was released to good reception. The third, “I Am That Thirst” dropped a week before the album’s release.

On the first single, Jens sings “Relentless and inexorable / This menacing creation / That we conceived / With covetous verve and credulity” as the beat blasts and the guitars cut through each sound.

The band handled the vocal delivery and entire production. The band focuses on letting fans enjoy the music, especially on the 9-minute track, “The Move Below”. They go creative with the album’s instrumentals and experiment more than they did on their previous projects. Mårten Hagström and Fredrik Thordendal handle the guitars, Dick Lövgren takes care of the bass, Tomas Haake is a beast on the drums, and as mentioned earlier, Jens Kidman delivers the vocals just like he does best. In our opinion, everything is perfect.

Meshuggah’s new “Immutable” album seems well thought out. Everything is perfection, from the album’s cover art to the production and vocal delivery. There is no doubt that many publications will include the album in their list of the year’s best projects. While they experimented more on this record, they also achieved an even more exciting sound than they have with any of their previous albums. Coming back with this perfect project proves that they’ve been working hard since their previous one.

Tags
Meshuggah
John Ogba-Ifeakanwa Follow on Twitter April 4, 2022Last Updated: April 5, 2022
Check Also
Close
Back to top button
Close
We use cookies on our website to give you the most relevant experience by remembering your preferences and repeat visits. By clicking “Accept”, you consent to the use of ALL the cookies. In case of sale of your personal information, you may opt out by using the link .
Cookie settingsACCEPT
Manage consent