Runtown triumphs with a blazing new album after nearly two years of inactivity. The album is appropriately titled “SIGNS,” suggesting that Runtown is planning to demonstrate how his time away has made him eager to show off his old and new musical skills. The tracklist for the new album reveals 14 songs with provocative names like “Sinner Man,” “O Fe Pa Mi,” “War,” “High Spirit,” and “Mic Check.” Still, no featured performers are included in the tracklist, though some great, unknown vocalists assist him on a few tracks. It’s evident from the song titles that this effort aims to be among the most sincere albums this year. 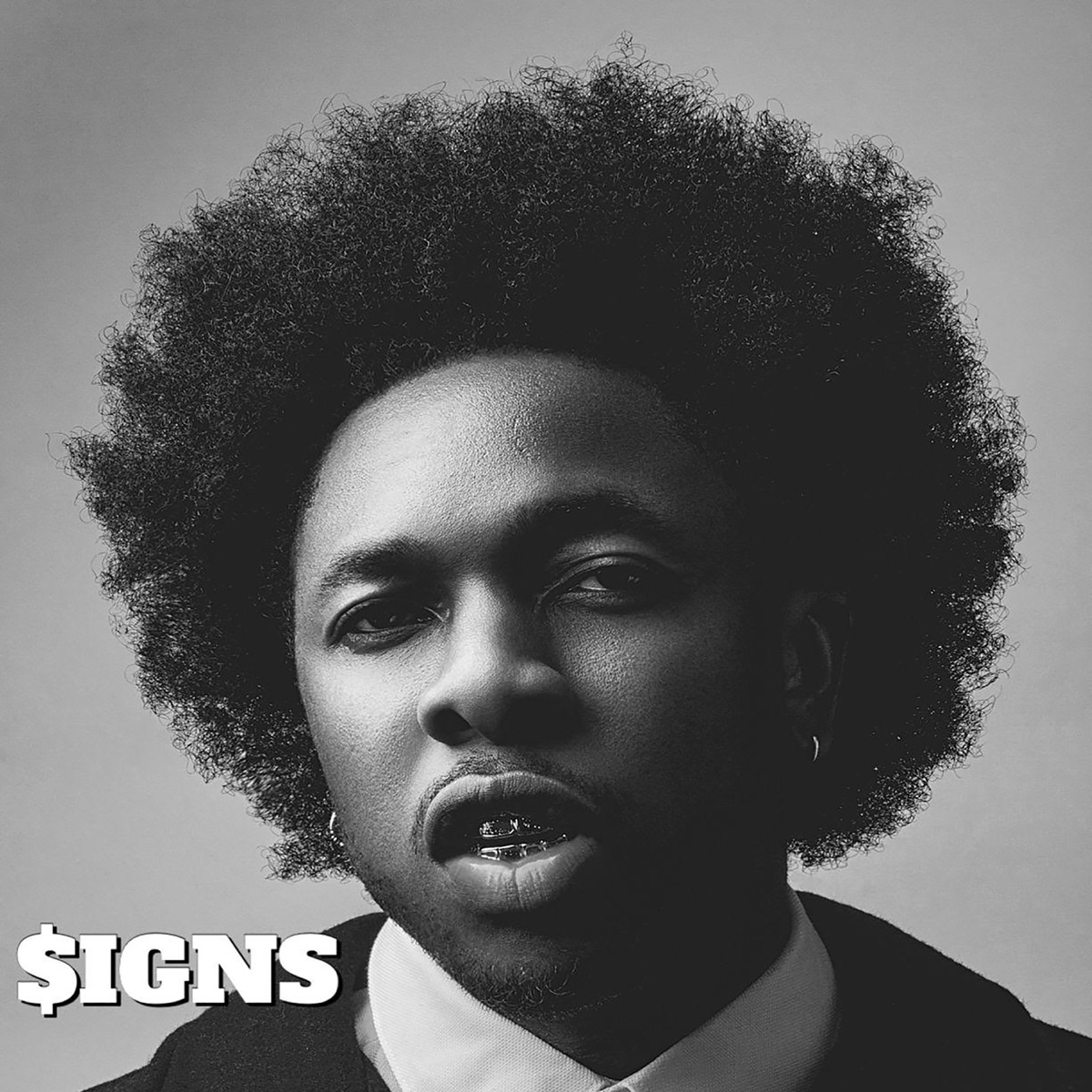 In a black-and-white layout, Runtown’s headshot can be seen on the album cover. The singer flashes his grills and flaunts his full, combed-out hair. From The little that is revealed of his outfit, he seems to be in something formal. He has this relaxed but smug look that says, “Soundgod is back.”

Runtown makes his comeback to his followers in flair and in excellent form of poetic prowess on the opening track of the 13-track album, “Signs,” which has a Reggaeton-like vibe. The song’s lyrics center on themes such as truth, jealousy, working hard for money, believing in spiritual things and signs, and how events affect society as a whole as it seeks the truth. The track’s smooth Reggae beat arrangement and the backing support vocal that chants at the end of the song give it flavor and make it an engaging opener.

The next track, “Sinnerman,” maintains the tempo set by the first track while switching back to an Afrobeat arrangement this time. Runtown sings about his life while calling himself “a sinnerman” and praising God for his blessings. The funky song is delivered nicely, and Runtown’s usual brand of Afro-pop is used in the production. Runtown provides the lead vocals on “Things I Know,” which was released as the album’s first single and in which he speaks on love, relationships, and how to respond to naysayers. He acknowledges that “talk is cheap,” but he is determined to disprove them. He urges his lover to come closer so he can tell her “things he knows” while he sings to her and pours out his thoughts. The background vocals flawlessly complement the vocalist and merge with the beats, and the beat arrangement is superb.

“O Fe Pa Mi,” the first song on the album with a guest appearance, features Jamopyper. Runtown gives us the vibe we’re accustomed to hearing and liking on this nice danceable track. The lyrics contain a variety of messages about love, relationships, loyalty, desire, and truths that show how much better life is when there is abundance. Braggadocio is also sprinkled throughout. Jamopyper makes the song personal by adding backing vocals, continuing to sing on the music after the beat, and participating in the background vocals. Additionally, the delivery is excellent.

Mr. Hudson is a featured artist on “Dangerous,” a smooth, R&B-influenced track with a 90s vibe. In this song, the duo sonorously sings about issues relating to love and relationships. The melody has a romantic flavor thanks to Mr. Hudson’s smooth voice, and the background vocals flawlessly merge with the beat as the duo performs outstandingly. The album’s final track is “Mic check.” Again, the Afrobeat composition takes the musical journey to a satisfying conclusion as Runtown sings of his love for his baby and the effects that love has had on him. As the song nears its final few seconds and concludes, the background support vocals periodically enter the mix, bringing out the song’s melody.

On his latest album, “Signs,” Runtown discusses topics from love to riches to health to religion. Runtown’s body of work is arguably one of the most anticipated in Africa, and it takes listeners on a journey while retaining the distinctiveness of his sound.

It has not been made readily available.

Load more
Tags
Runtown
Ikedichim Chibundu Follow on Twitter December 17, 2022Last Updated: January 4, 2023
Back to top button
Close
We use cookies on our website to give you the most relevant experience by remembering your preferences and repeat visits. By clicking “Accept”, you consent to the use of ALL the cookies. In case of sale of your personal information, you may opt out by using the link .
Cookie settingsACCEPT
Manage consent