Abhi//Dijon is an RnB duo composed of members Abhi Raju and Dijon Duemas. The duo is based in Ellicott City, MD.

Dijon, born on June 9, 1992, is an American musician and producer from Baltimore, Maryland. Dijon kicked off his music career as a member of the duo, Abhi//Dijon. Abhi started out playing in bands. He grew up listening to Indian music and old classic rock. They started by forming a friendship in high school. They weren’t initially friends when they met up in high school.

However, they bonded over their shared interest in listening to music. This influenced them to begin making their own music. During their senior year of college, they started making music. The duo gained attention in 2014 when they began releasing music. The internet buzzed about their moody RnB songs. Making their way through college, fans had to wait a bit for their EPs to be released.

The duo’s first project, “2014,” was released in 2015. It featured ten tracks, including “Distant Love,” “Thug Medication,” and more. After graduation, the duo relocated to Los Angeles, California, and later released the “Montana EP.” A new direction solely inspired it for them rather than what their music used to be. The EP housed five tracks and was inspired by paranoia and pettiness. It was filled with a lot of emotion, but just enough to keep fans listening.

They described the song “Red Light” as ‘strange,’ “Everything else is scattered fragments of thoughts and ideas and conversations,” said Duenas. The duo has since taken their music to new heights, reaching a global audience. They were even featured on NPR. About their popularity, Raju said, “If anyone knows we exist, that’s awesome,”

Tags
Abhi//Dijon
John Ogba-Ifeakanwa Follow on Twitter June 30, 2022Last Updated: June 30, 2022
Check Also
Close
Back to top button
Close
We use cookies on our website to give you the most relevant experience by remembering your preferences and repeat visits. By clicking “Accept”, you consent to the use of ALL the cookies. In case of sale of your personal information, you may opt out by using the link .
Cookie settingsACCEPT
Manage consent 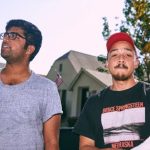