The Rolling Stone Rap Albums list is causing a stir in the industry, and it appears that artists, fans, and pundits are taking issue with the publication. Rolling Stone published its list of the 200 Greatest Hip-Hop Albums of All Time last week, and to say it was a divisive feature is an understatement.

Some Rap fans were taken aback by their choices—and placements—especially because artists like Cardi B, whose debut Invasion of Privacy debuted at #16, overshadowed many of her veteran colleagues who many believed deserved a higher position. As more professionals come forward to criticize the outlet’s picks, the disputes and back and forth are still being debated on social media.

Angie Martinez has worked in Hip Hop and as the “Voice of New York,” and she recently informed Page Six that Rolling Stone was completely wrong. “They had [Dr. Dre’s 1992 album] ‘The Chronic’ at 40,” stated Martinez. “I think ‘The Chronic’ is one of the most important albums in the Hip Hop era. I think it changed the culture.”

Martinez is said to have also objected to Nas’s Illmatic being ranked at #24 when, in her opinion, it is a classic record that ought to be in the Top 10.

Tags
Angie Martinez
Ikedichim Chibundu Follow on Twitter June 14, 2022Last Updated: June 14, 2022
Check Also
Close
Back to top button
Close
We use cookies on our website to give you the most relevant experience by remembering your preferences and repeat visits. By clicking “Accept”, you consent to the use of ALL the cookies. In case of sale of your personal information, you may opt out by using the link .
Cookie settingsACCEPT
Manage consent 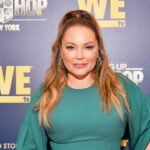