Davido, a well-known musician from Nigeria, will perform at the 2022 FIFA World Cup’s closing ceremony, according to Hong Kong billionaire Stephen Hung. The tournament is taking place in Qatar. Many Nigerians and followers of the music superstar around the world will be delighted by this most recent development since it means they will get another chance to see him.

Hung, 63, revealed on his Instagram account that he spoke with Davido, who confirmed that he will attend the closing ceremony in Qatar. The Rio Hotel & Casino in Macau is run by the big businessman, who also serves as vice-chairman of Rio Entertainment Group and chairman of The Taipan Investment Group.

Davido is currently mourning the loss of his beloved son, Ifeanyi, who perished in their mansion’s pool in Lekki, Lagos State. Davido had maintained his quiet ever since the sad and heartbreaking death of the three-year-old until he was recently spotted in Osogbo, Osun State.

On November 27, Davido was sighted in Osogbo, where he was a witness to his uncle Ademola Adeleke, the incoming governor-elect of Osun State, being sworn in. There were also rumors that Davido had to postpone a lot of his performances in order to be with his family following the death of his kid.

Tags
Davido
Ikedichim Chibundu Follow on Twitter December 8, 2022Last Updated: December 8, 2022
Check Also
Close
Back to top button
Close
We use cookies on our website to give you the most relevant experience by remembering your preferences and repeat visits. By clicking “Accept”, you consent to the use of ALL the cookies. In case of sale of your personal information, you may opt out by using the link .
Cookie settingsACCEPT
Manage consent 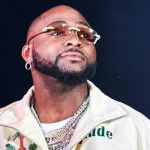