Machine Gun Kelly fans noticed a heartbeat sound lurking in the background of his new track, “Twin Flame,” and now suddenly think it could be a hint at Megan Fox s pregnancy. The song is a track off MGK’s new album, mainstream sellout.

“New MGK song twin flame has a heartbeat in it. Megan Fox is pregnant. you heard it here first folks,” tweeted one user, this week. After the theory started to blow up, some others came for a debate. “Y’all I’m a labor and delivery nurse I promise you the heartbeat on twin flame is not a baby’s heartbeat,” wrote another user.

Kelly, on Friday, was questioned about the heartbeat sound during an Instagram Livestream, but he neither confirmed nor deny the meaning of the sound.

“I was actually wondering if anyone would pick up on, so I’m going to plead the Fifth on that one and just let you guys have that to guess what it is,” he said. “But yeah, it’s … that’s a rough one to talk about.”

One fan guessed that “Megan Fox is either pregnant or she had a miscarriage.”

The track and the sound embedded in it are creating just the expected buzz they were made for. 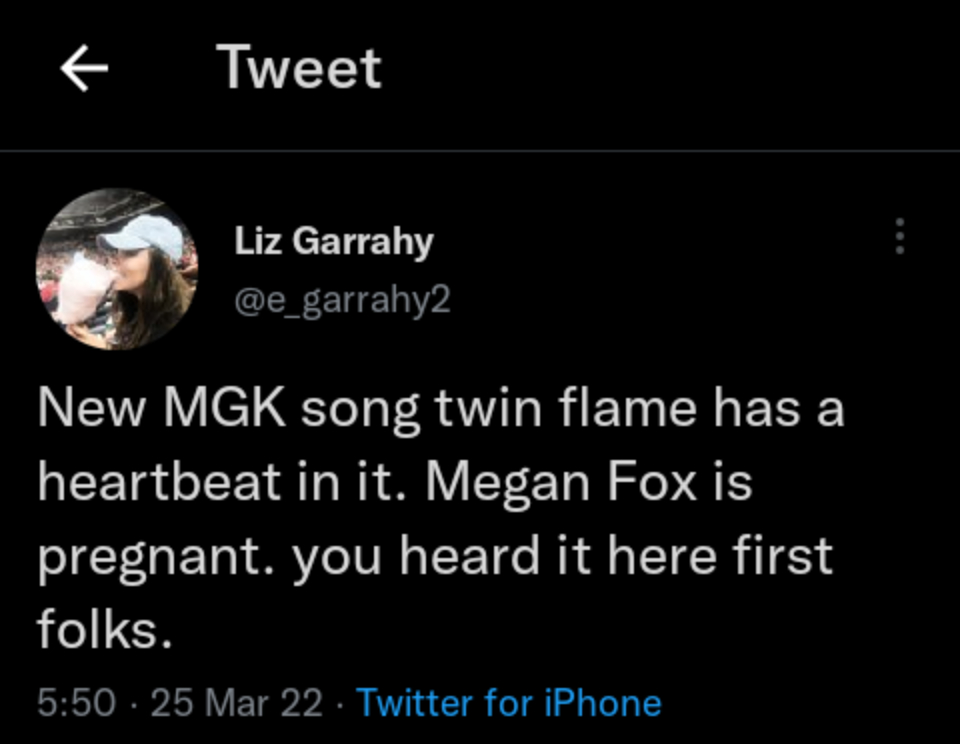 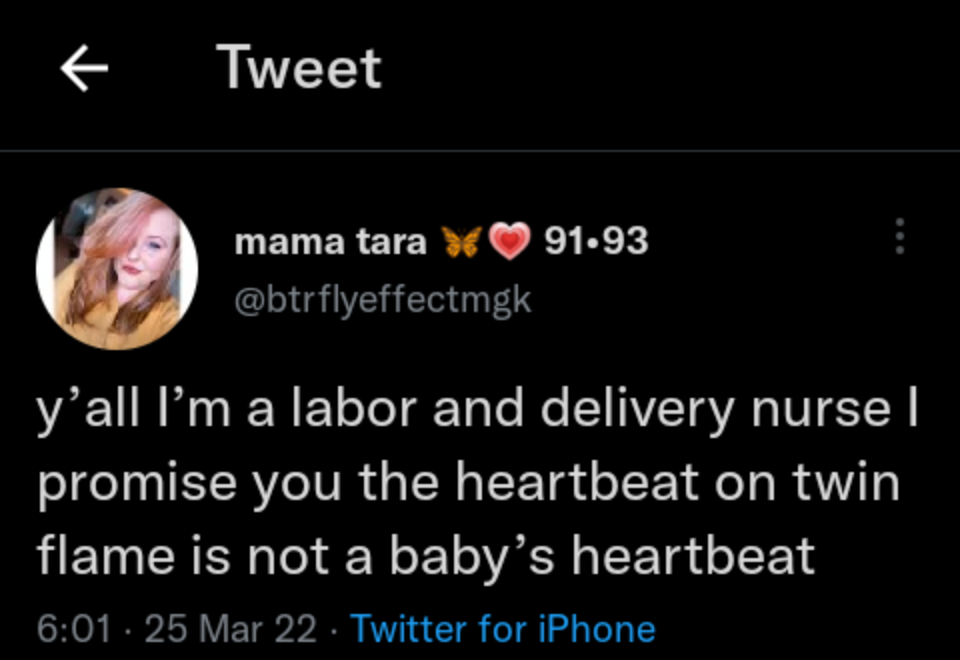 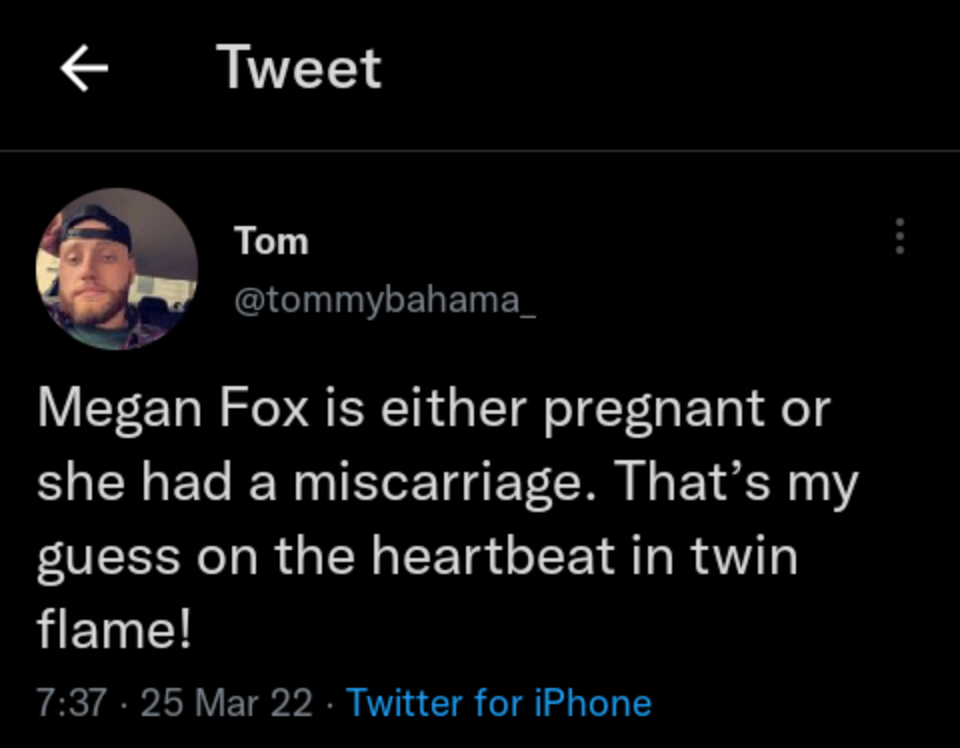 Tags
Machine Gun Kelly Megan Fox
Ikedichim Chibundu Follow on Twitter March 28, 2022Last Updated: March 31, 2022
Check Also
Close
Back to top button
Close
We use cookies on our website to give you the most relevant experience by remembering your preferences and repeat visits. By clicking “Accept”, you consent to the use of ALL the cookies. In case of sale of your personal information, you may opt out by using the link .
Cookie settingsACCEPT
Manage consent