Irv Gotti is the master of stirring the pot and getting people’s attention. The music mogul recently had a candid conversation with Drink Champs in which he discussed Murder Inc. and its impact. However, Irv’s remarks about Ashanti near the end of the conversation are what went viral.

Irv and the woman allegedly dated 20 years ago while he was divorced, and it appears that he was still bitter about the relationship’s breakup. The audience vehemently disagreed with Irv’s claim that he doesn’t harbor any resentment either the split or learning that Ashanti was seeing Nelly while watching a basketball game.

Irv’s remarks haven’t been addressed by Ashanti, but Fat Joe took exception. The Bronx emcee went on Livestream to criticize Irv for calling Ashanti a “b*tch” and discussing their personal matters 20 years later. He also called out Ja Rule for attending Drink Champs but failing to defend his “sister,” as he and Ashanti have done in the past. Irv was even dubbed a “sucka” by Joe for his remarks.

Ja and Irv both responded to Fat Joe’s comments on Tuesday (August 9).

“STOP saying I didn’t defend sis and all women when I clearly told Gotti stop calling Ashanti/women the B word same way I told Joe at Verzuz,” Ja wrote. Take a look at the back and forth comments below.

Tags
Fat Joe Irv Gotti
Ikedichim Chibundu Follow on Twitter August 10, 2022Last Updated: August 10, 2022
Check Also
Close
Back to top button
Close
We use cookies on our website to give you the most relevant experience by remembering your preferences and repeat visits. By clicking “Accept”, you consent to the use of ALL the cookies. In case of sale of your personal information, you may opt out by using the link .
Cookie settingsACCEPT
Manage consent 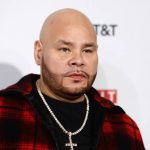