Nelly and Ashanti reunited on the Verzuz stage during the fight between Fat Joe and Ja Rule, but they have since been spotted together once more. The former couple has received a lot of attention since Irv Gotti and Ja appeared on Drink Champs.

Hip Hop relived the alleged love affair between the Murder Inc head and his hit-making singer in the most recent episode, but not everyone thought that Gotti ought to have been discussing the long-ago relationship in public.

Nelly and Ashanti both made unexpected cameos at a recent concert, so it appears that Irv’s statements reached them as well. Nelly and Ashanti dated for more than ten years and were the Hip Hop pair that everyone expected to last forever, but alas, they made the decision to split up.

Irv said on Drink Champs that he discovered Nelly and Ashanti’s romance while watching a basketball game because the couple caused trouble whenever they showed up together. He said he was still in love with her at the moment.

Nelly recently performed “Body on Me” with Ashanti, and during the performance, he made a comment that many saw to be a verbal shot at Gotti. ‘Shanti laughed as Nelly announced with a giggle, “I got floor seats to the next game.” The video is below.

“I got floor seats to the next game”

-Nelly brings out Ashanti lastnight and seems to jokingly react at Irv Gotti saying he first found out they were dating cuz they were on tv at an NBA game https://t.co/d5QY87ub4g pic.twitter.com/qAv6u4aJSd

Preview of Irv Gotti and Ja-Rule on the next @Drinkchamps and Irv shares how he found out Ashanti was dating Nelly pic.twitter.com/Ugx8unpMHl

Tags
Ashanti Nelly
Ikedichim Chibundu Follow on Twitter August 9, 2022Last Updated: August 9, 2022
Check Also
Close
Back to top button
Close
We use cookies on our website to give you the most relevant experience by remembering your preferences and repeat visits. By clicking “Accept”, you consent to the use of ALL the cookies. In case of sale of your personal information, you may opt out by using the link .
Cookie settingsACCEPT
Manage consent 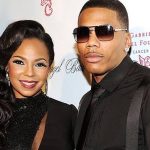