Future Hendrix is back at it again! He comes out with a new single this time, which he names “Worst Day”. He also dropped a music video to go with.

Future recently shared a short video with Dr Kevin Samuels, which fans found hilarious. The clip showed the Atlanta rapper getting therapy because of how much he spends on women.

It also acted as the trailer for a new song from Future called ‘Worst Day’. It may not look like it, but 2021 was a quiet year for the rapper. He still did a host of features on many hit songs, but he didn’t release any projects, be it an album, an EP or a mixtape. Nothing at all from his stable, unlike his routine every other year since ‘Racks’ and ‘Tony Montana’.

Now, just a few days before Valentine’s, the new single is out alongside its music video, directed by DAPS.

Feel free to watch it below:

Tags
Future
Ikedichim Chibundu Follow on Twitter February 11, 2022Last Updated: March 31, 2022
Check Also
Close
Back to top button
Close
We use cookies on our website to give you the most relevant experience by remembering your preferences and repeat visits. By clicking “Accept”, you consent to the use of ALL the cookies. In case of sale of your personal information, you may opt out by using the link .
Cookie settingsACCEPT
Manage consent 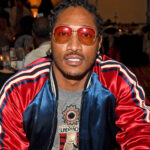