Many a time, fans and supporters of a particular artist just decide to draw up comparisons between their fave and any other artist for the fun of it, and mostly for the drama value. Regardless of the fact that some compared artists have come forward to chide their fans for trying to pit them against another colleague of theirs, it really looks like the online comparisons have come to stay.

Respected singer, Jill Scott, so happened to be affected by such comparisons. This time she was being put up against Lizzo in a streak of tweets from a Twitter user who goes by the name, Charrise Lane.

“Your size isn’t the reason Men won’t date you. It’s the level of class you have,” Lane wrote in the caption of a tweet that had the photos of both singers side-by-side with each other. “For instance, let’s compare Jill Scott to Lizzo. Men, which one would you date?”

Following up that question with another tweet, she wrote, “Yeah sure as a performer, perform as raunchy as you want, whatever, but going out in broad daylight with your cheeks out is another level of coocoo.” 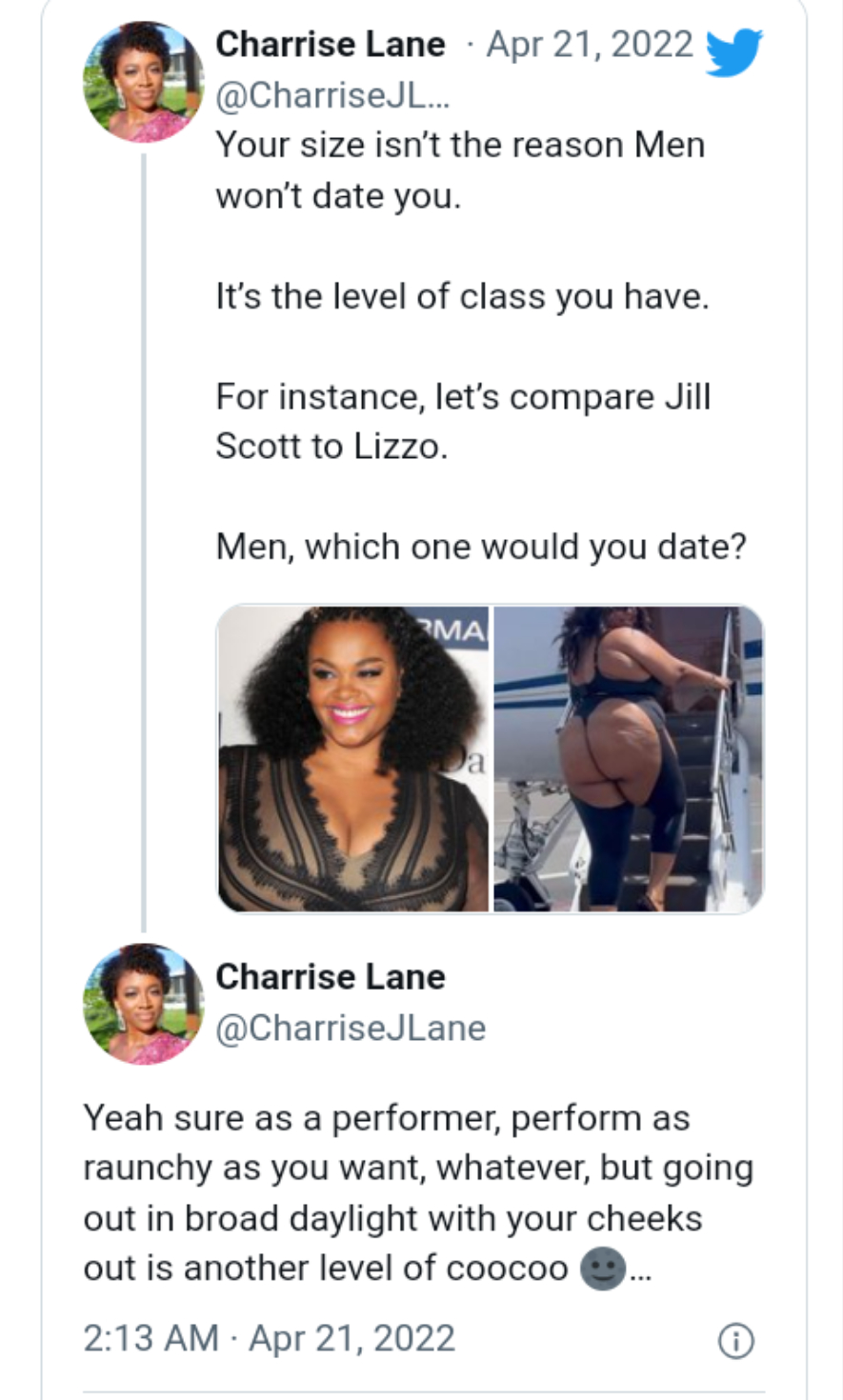 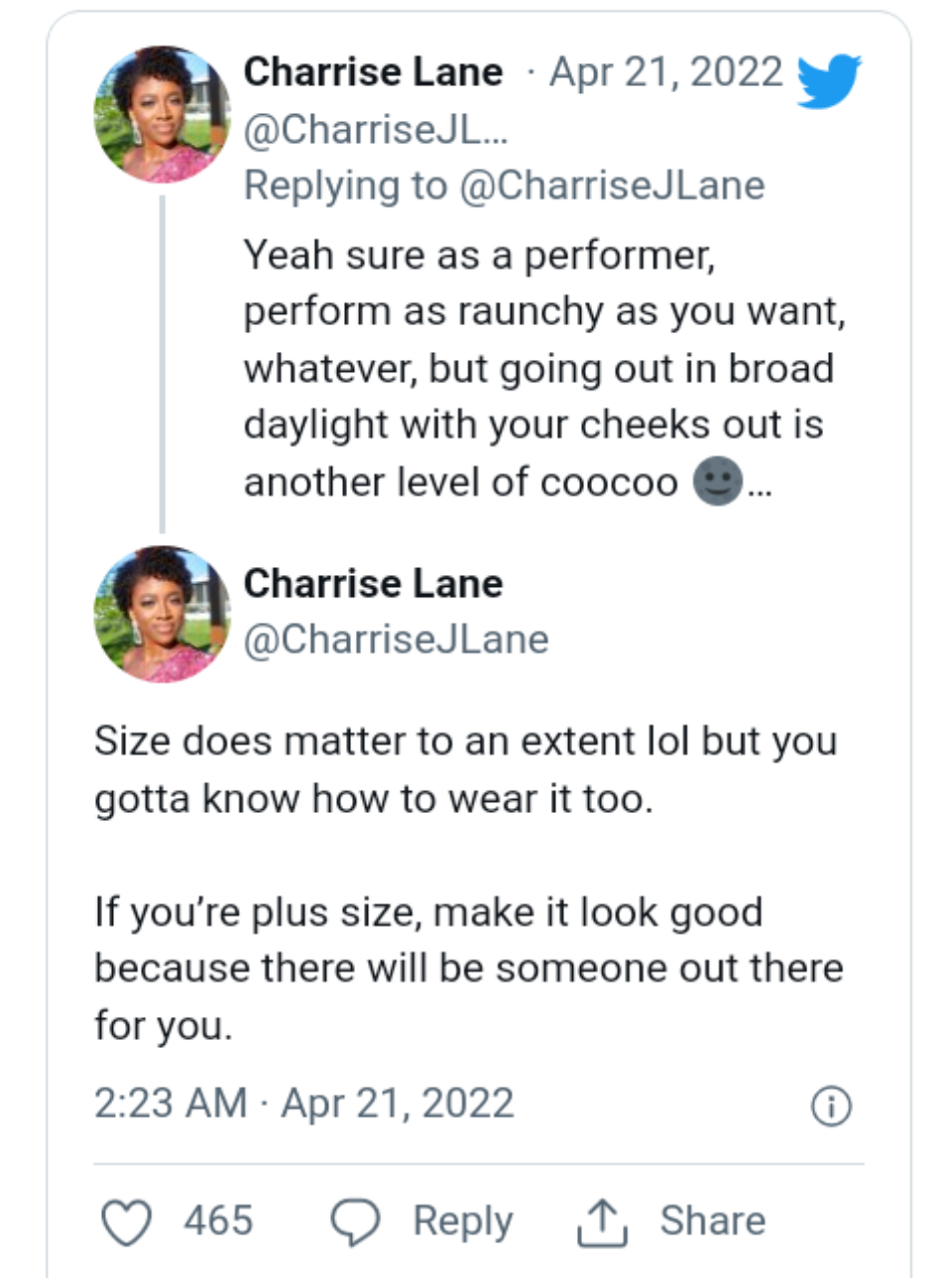 Jill Scott caught wind of the mayhem and slid into the comment section to insert a gif of Kevin Hart saying “Stop That,” to which another Twitter user replied her via a gif saying “We Love You.”

“I feel it,” Scott said in response. 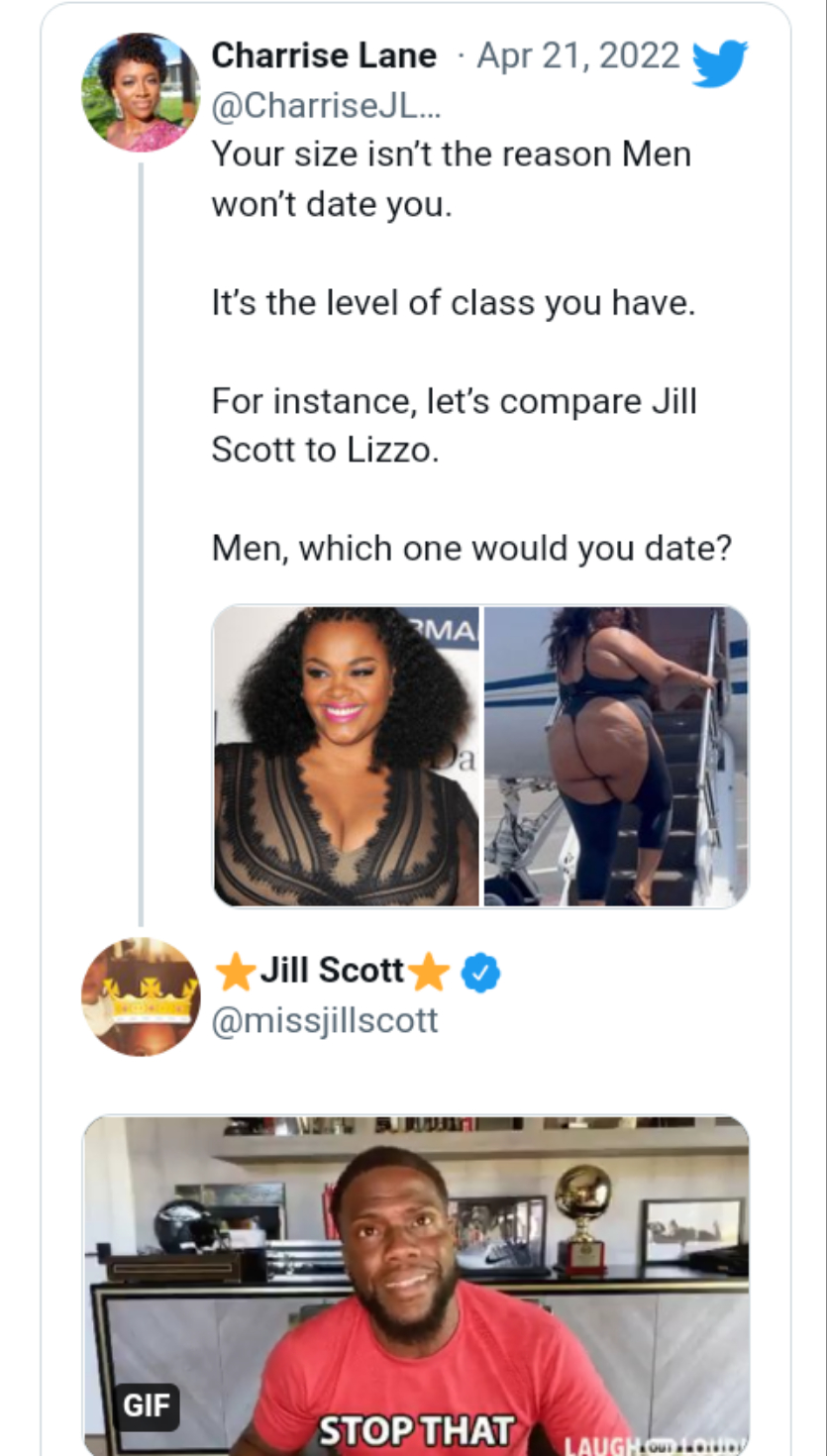 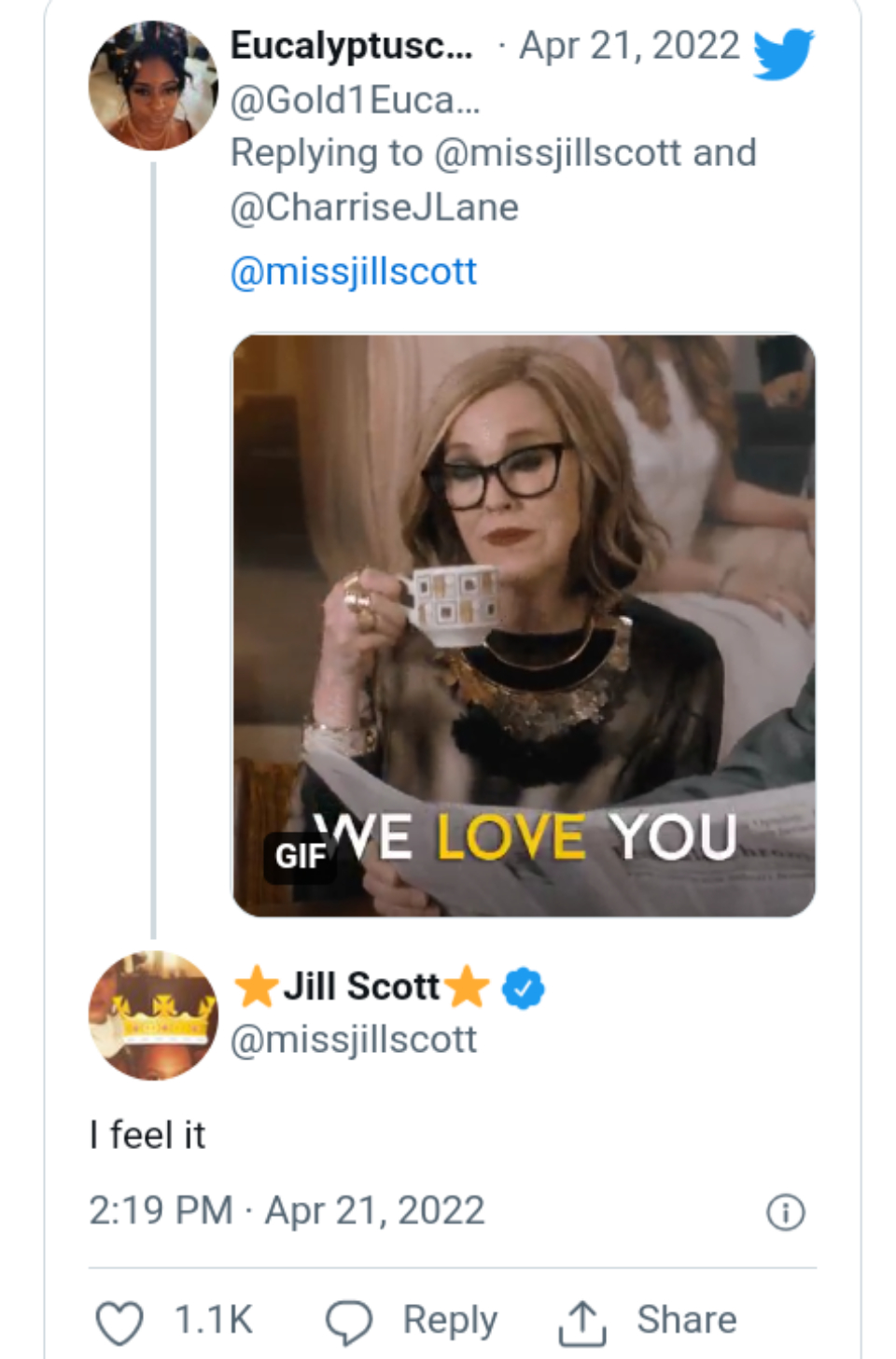 Tags
Jill Scott Lizzo
Ikedichim Chibundu Follow on Twitter April 23, 2022Last Updated: April 23, 2022
Check Also
Close
Back to top button
Close
We use cookies on our website to give you the most relevant experience by remembering your preferences and repeat visits. By clicking “Accept”, you consent to the use of ALL the cookies. In case of sale of your personal information, you may opt out by using the link .
Cookie settingsACCEPT
Manage consent