First of all, what’s a few millions to a billionaire?

Just a week away from the Coachella making its mighty comeback, Kanye West goes and announces he wasn’t interested in headlining the fest. The billionaire rapper had reportedly pulled out from his highly-anticipated performance and according to reports, was going to bring out Travis Scott.

As usual, fans of both Ye and the fest are left wondering why the rap mogul would just unplug from appearing at the festival and at such a time. Some more info coming from sources including Page Six and TMZ  revealed this week that they have had a word with insiders with secret stories.

From what Page Six reports, West was going to receive a whopping sum of $8M for his two performances, including an allotted $500K for production. In addition, TMZ’s sources disclosed that West didn’t even take seriously the fact that he was billed for the fest in the first place.

Also it was alleged that the Grammy Award-winning rapper “hadn’t seriously rehearsed for a performance,” which was a bit off, seeing as most artists would go on for months practicing for their Coachella appearance.

The festival’s production team was apparently “completely caught off guard” when West announced his departure from the lineup.

Tags
Coachella Kanye West
Ikedichim Chibundu Follow on Twitter April 7, 2022Last Updated: April 7, 2022
Check Also
Close
Back to top button
Close
We use cookies on our website to give you the most relevant experience by remembering your preferences and repeat visits. By clicking “Accept”, you consent to the use of ALL the cookies. In case of sale of your personal information, you may opt out by using the link .
Cookie settingsACCEPT
Manage consent 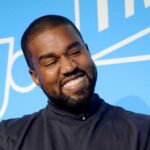 Kanye West Abandoned $8M By Dropping Out Of Coachella Lineup