Fast-rising Nigerian street-hop sensation Seyi Vibez has repeatedly pulled up to the news in such a short time. The singer was found on his knees before self-acclaimed “African Giant” Burna Boy backstage at his January 1st “Lagos Loves Damini” concert. Crowded by their teams and security details backstage, Burna and Seyi were spotted together as they seemed to be conversing with Vibez, still on his knees.

It is not accurate what their discussion was about judging from all the noise and rowdiness at the scene, but everyone is now led to believe that it was Vibez pleading with Burna to stay and perform at his concert because Burna said so. In his words, “Just to show you say I still love una. If not for Seyi Vibez, I for don dey go house.” Unfortunately, the same cockiness he expressed with that statement was what got the better of Burna that night at his event, and that is putting it mildly.

The clip also showed Burna handing over his lit blunt to Seyi, who was then standing, just before he began his climb upstage, closely followed by his intimidating security detail. Burna has since offered an official apology for how everything went at the event, explaining that the situation that caused the delay was out of his hands.

The moment Seyi Vibez knelt down to beg Burna Boy to perform pic.twitter.com/qXze3aQRB3

Tags
Burna Boy Seyi Vibez
Ikedichim Chibundu Follow on Twitter January 4, 2023Last Updated: January 4, 2023
Check Also
Close
Back to top button
Close
We use cookies on our website to give you the most relevant experience by remembering your preferences and repeat visits. By clicking “Accept”, you consent to the use of ALL the cookies. In case of sale of your personal information, you may opt out by using the link .
Cookie settingsACCEPT
Manage consent 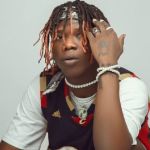 On His Knees, Seyi Vibez Convinced Burna Boy To Take The Stage At His “Lagos Loves Damini” Concert