Hip Hop star Yo Gotti has finally released his highly anticipated eleventh studio album, “CM10: Free Game”, via CMG Records. He says it may be his final one. The project is a double-disc album featuring 33 tracks, including some bonus tracks. The album mostly sees Gotti riding solo on a majority of the tracks.

It also features guest contributions from known names, including Kodak Black, Moneybagg Yo, Blac Youngsta, 42 Dugg, and EST Gee. DaBaby is featured on one of the few bonus tracks released alongside the album’s Deluxe version.

The music Mogul shows fans both sides of his life and career with the new album. This is depicted on both sides of the double album. He also shares a little too much from his hustle to his aspirations and everything that makes Up Gotti. The album shows his fans “how to go from just a street nigga to an Executive Street Nigga”.

The “CM10: Free Game” double album comes with two unique cover arts for both sides of the project. The arts were unveiled one week before the album was released. Gotti excitedly announced that he would be dropping “2 Albums da same day For The Culture”.

The art features a shirtless photo of himself standing next to an SUV on Side A. About it, he said the artwork “displays myself. Still a street nigga by heart jumping out Trackhawk shirt off with My Chains on Ready for whatever comes with this life! Thru prayer blessings and hard work”.

On Side B, the artwork features another photo of him, clad in a pricey suit and leaning on the same black SUV as he poses for a photo. This obviously shows his business/career side, not the hustler but a boss. Unveiling it, he wrote, “I’m from Nawf Memphis / Ridgecrest Apts. I represent doing what they say we couldn’t. I represent changing your trajectory. I represent growth. I represent generational wealth. I represent ownership. I display principles. I stand on morals. I display winning without complaining. I’m Big Gotti, Big Phantom, Big Paper”.

While Yo Gotti’s new album “CM10: Free Game” is a lengthy project, it does not have a long list of features. A few rappers contribute to it, including Kodak Black (featured on “Ima Show You”), Moneybagg Yo (featured on “Ya Bih”), Blac Youngsta (featured on “No Competition”), and 42 Dugg & EST Gee (who contribute to “Cold Gangsta”). In addition, DaBaby is featured in “Drop”, one of the few bonus tracks on the album. Shenseea also contributes to the song “Forever Ballin'”.

Side B features the tracks “Thinking Hours”, “If I Ever Thought”, “No Matter What”, “Strapped In Calabasas”, “Palm Trees In Memphis”, “Just Left The Hamptons” “Forever Ballin'”, “Crypto”, and more. Appearing on 360 With Speedy, Morman Gotti told the story behind “Just Left The Hamptons”. He revealed he had attended Michael Rubin’s extravagant fourth of July party at his $100 million home. He said the experience made him re-evaluate his goals.

On what may be his last album, Yo Gotti basically opens himself up to his fans. He shows all of his life, from being a hustler to growing to become a boss.

“It just speaks on different analogies of what one hustler can be thinking, and when they see another hustler and the information merges, it can reset the goals and reset the bar in the life of what you want,” he said in an interview with Speedy Morman. The album also shows how much he still works hard, even as a boss.

Load more
Tags
Hip-hop Yo Gotti
John Ogba-Ifeakanwa Follow on Twitter February 7, 2022Last Updated: March 31, 2022
Back to top button
Close
We use cookies on our website to give you the most relevant experience by remembering your preferences and repeat visits. By clicking “Accept”, you consent to the use of ALL the cookies. In case of sale of your personal information, you may opt out by using the link .
Cookie settingsACCEPT
Manage consent 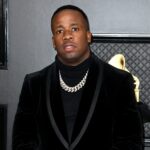