As promised, Kid Cudi has returned with his eighth studio album, “Entergalactic.” The record was first revealed back in June. Thanks to Cudi’s collaboration with Netflix, the Grammy-winning musician’s album release coincides with the launch of the Entergalactic television special on the streaming service. With songs like “By Design” and “Do What I Want” on its soundtrack, Cudi’s special offers viewers a totally animated musical romance. He performs the voice of New York City artist, Jabari, in the show. 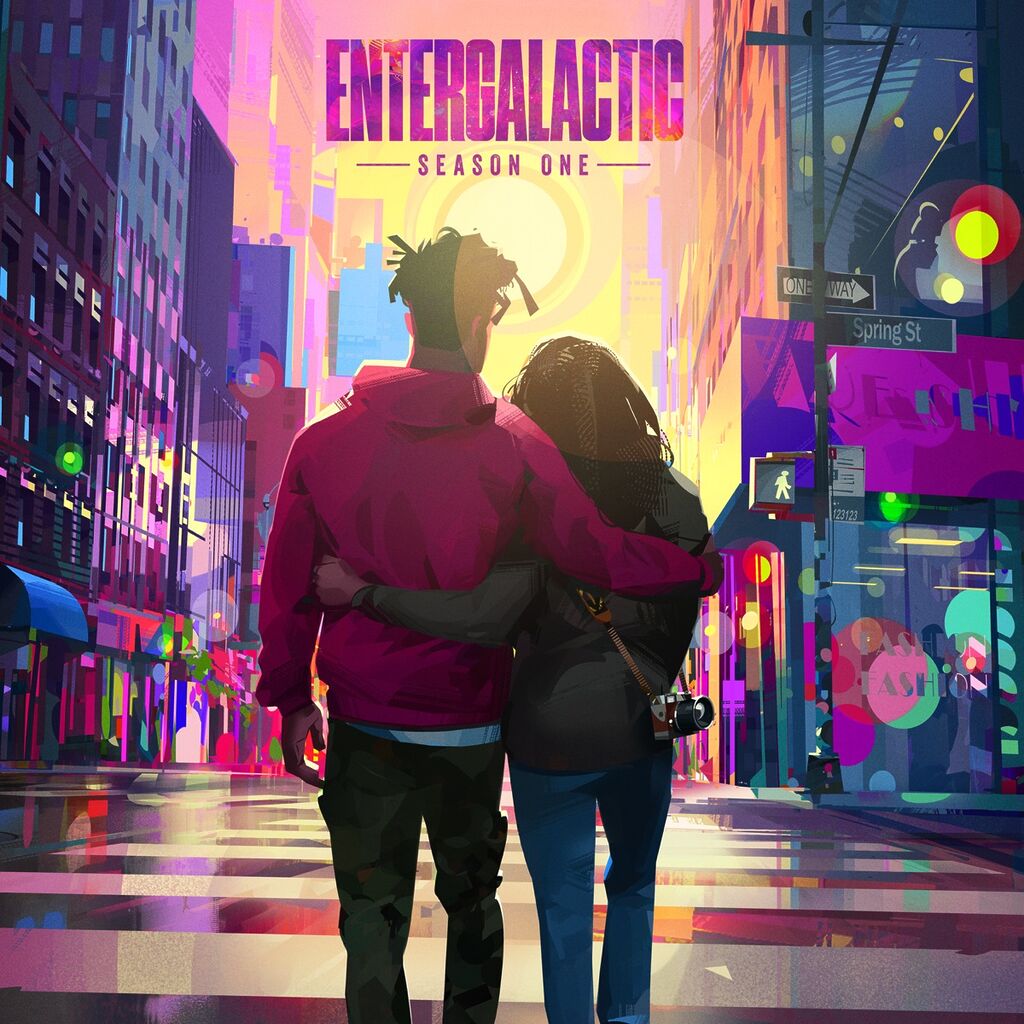 The album cover features a colorful, animated city with two lovebirds holding each other and staring in the same direction toward the sun, taking in the view of the city while appreciating each other’s presence.

Kid Cudi’s “Entergalactic” album opens with a smooth R&B-themed tune that brings the listener on the 15-track listening journey and sets the mood. “New Mode” is the next track on the album and Cudi rides this R&B-cum-Trap track, laying his enchanting vocals on it, passing the message that he is in a new mode and after that after having searched for a long time, he’s totally loving who he has become now.

“Do What I Want” comes in next and begins with a monologue that is an ode to Marijuana. For Cannabis lovers, this is a track that will get you laid back as you hit that joint to relax. Cudi also makes a lot of reference to women, drugs and some explicit content in his lyrics. The jam also contains some kind of resonating psychedelic chord arrangement that enter the mix as the song fades.

The fourth track, “Angel,” presents Cudi in his “drank in my cup” type mood. The chill track, mainly composed of piano chords and Cudi’s vocals only, with zero percussions, is a masterpiece and will get you in your feelings. “Ignite The Love” begins with the strumming of an acoustic guitar that blends beautifully with Cudi’s graceful vocals. A typical R&B-type love song that would almost-immediately catch your attention while it passes the message of love.

The first of Ty Dolla $ign’s feature on the album, “Willing To Trust,” has all the elements of a great R&B song: great vocals, fantastic instrumental compositions and very relatable and pleasing lyrics. Cudi and Ty fuse their talents together to produce this track that touches mostly on love, trust and relationships.

2 Chainz jumps on “Can’t Believe,” and on this hip-hop jam, Cudi’s versatility can be felt in his verse while Chainz sprinkles his trap flavour into the vibe. He also delivers a brief background monologue in the first few seconds of the track.

“Somewhere To Fly” is another amazing track with crazy-cool renditions from Cudi and Don Toliver. This song has some pretty great beat sequencing, and the silky vocals of the duo really flesh things out on the song, giving it all the trippy vibes of a great song. Like most of the other preceding this one, the lyrics lean toward the themes of love and relationships.

“Burrow,” the bonus track, features Don Toliver…again, Steve Aoki and ace producer, Dot Da Genius. The track has an EDM feel that comes with an unmistakable touch of R&B and elements of hip-hop. A 3-in-1 vibe. The song also shares similar themes of love and self-belief, with the vocalists touching on their different perspectives about life, their achievements and their dreams.

The fundamental theme of “Entergalactic” is love and romance, which plays out as usual with lovers encountering issues like failure in communication while overall underlining the wonder of human connection.

Load more
Tags
Kid Cudi
Ikedichim Chibundu Follow on Twitter September 30, 2022Last Updated: September 30, 2022
Check Also
Close
Back to top button
Close
We use cookies on our website to give you the most relevant experience by remembering your preferences and repeat visits. By clicking “Accept”, you consent to the use of ALL the cookies. In case of sale of your personal information, you may opt out by using the link .
Cookie settingsACCEPT
Manage consent