Jarad Anthony Higgins, the rapper long famous by the stage name Juice WRLD, had a semblance of a resurrection on December 10, 2021, when his album “Fighting Demons” was released posthumously.

The album dropped almost two years after the Chicago rapper died from seizure-induced by acute oxycodone and codeine intoxication. And although it appeared that the world had moved on, Juice WRLD wasn’t exactly dead in the world’s consciousness. Far from it.

December 10 was a splendid awakening for the culture, and an affirmation of the old saying that people may be dead and yet still be living… thanks in part to the legacy they left behind.

“Fighting Demons” is the songster’s second posthumous album, a concatenation of dark elements that are at once haunting and bewildering. Ultimately, they open before the listener the inevitable turbulence of the material plane and the reality of transience.

It cannot be established if another posthumous album will follow and bring the list of after-death musical risotto to three, but then what’s already out there, including the compilation in review, will continue to illumine the rapper’s memory.

“Fighting Demons” is an 18-track compilation that interrogates several topics, all of which are held by common threads of life and living, being and becoming. Hope and darkness collide; optimism and foreboding walk side by side, creating a memorable musical experience.

This body of work totes 18 tracks in all, beginning with “Burn” ad ending with “My Life In A Nutshell.” Several hard-hitting numbers are between, including “Go Hard,” “Already Dead,” and Doom. 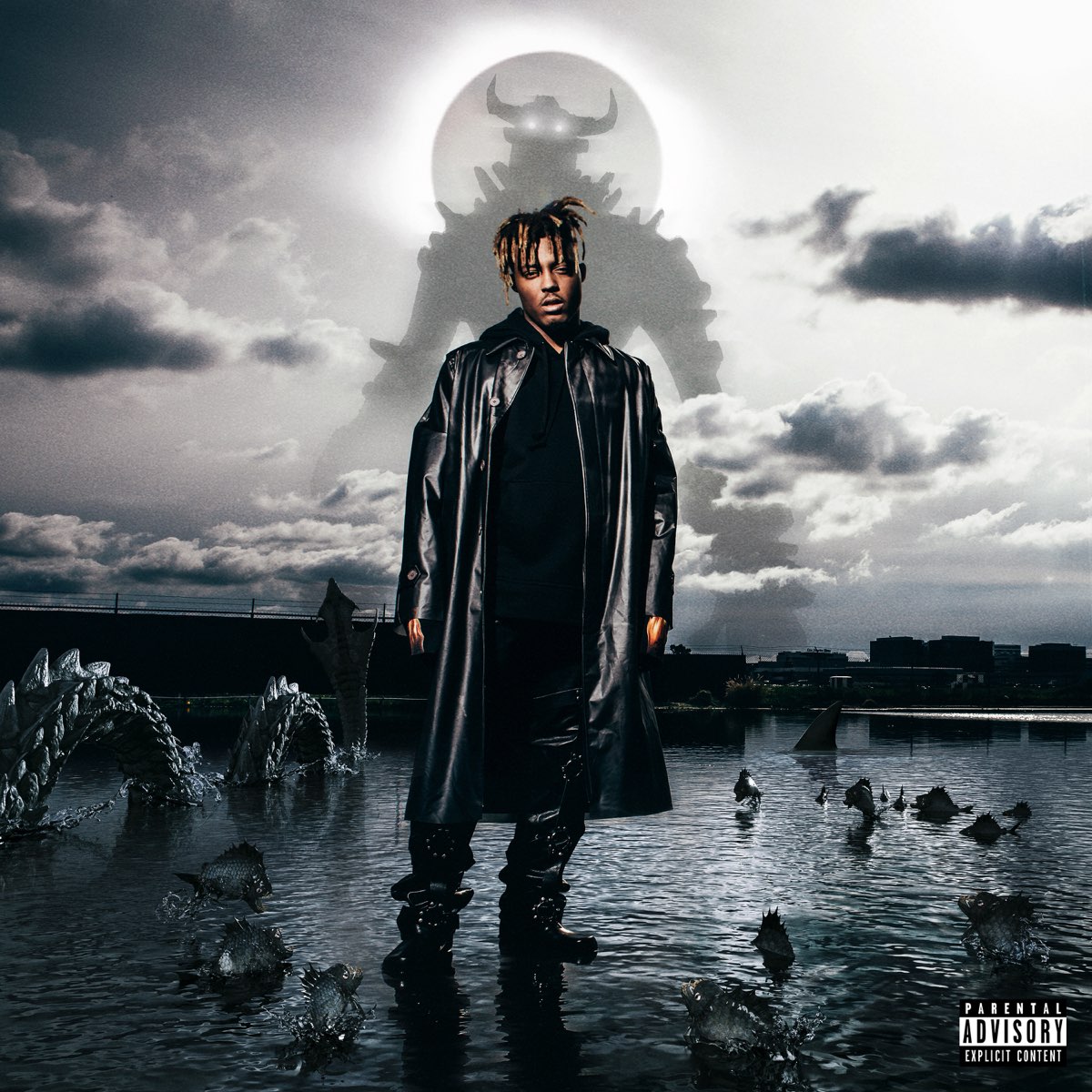 The guest list of a posthumous album tells a lot about the album and the people the deceased rolled with until the intrusion of transience. The guests of “Fighting Demons” are pretty few for a project of 18 scorchers. And we love it that way. The focus gotta remain on the lead rapper.

SUGA, Polo G, BTS, Justin Bieber and Tripple Redd worked with Juice WRLD on this project. You have a fine collective here, and one cannot begrudge them their performance.

In “Fighting Demons,” Juice WRLD explored several themes, from love to fame and celebrity status to optimism and drugs. And, of course, death. How he handled the themes, though, is what counts ultimately.

In “Girl of my Dream,” Juice WRLD, alongside the Korean pop collective BTS, takes on the theme of love. In that song, the late rapper and his Korean associates spilt the waters of their ardour while occasionally name-dropping. The song might ignite the soul of a love interest if delivered properly.

A semblance of optimism gleams with the song “Feel Alone.” While the songster admitted to taking drugs in that song, he would rather the world know that the drugs don’t make him who he is.

The themes here given are by no means exhaustive

One of the notable songs in the compilation is the very first on the tracklist. “Burn” sets the tempo for what follows. You may think of it as a tribute to truth and the vitality of sticking to the same. The truth might hurt, but it’s ultimately the path to salvation and elevation.

“Already Dead,” track number 2, is another. Again, the song rings prescient in retrospect. In that song, the rapper imagined himself already dead, but his music and fans kept him alive.

The songster took on the themes of money and fame in the song “Rockstar in His Prime,” dispelling the belief held by some peeps out there that inner turmoil is a match for the greenback. No way!

Juice WRLD is dead and yet alive in the consciousness of the pop universe. His second posthumous album throws fresh paint on his already beautiful legacy. And while this is not the finest drop from his orbit or even since his death – we prefer the first posthumous album – “Fighting Demons” is yet a compilation to hear and share.

The compilation might appear didactic in parts and gloomy and brooding in others; it yet stands out as a mirror to reality and one man’s fight through this material plane. Of course, the listener is at liberty to take from it what he will.

The request is not properly authorized to retrieve the specified playlist.
Tags
Juice WRLD
John Anusie Follow on Twitter January 9, 2022Last Updated: March 31, 2022
Check Also
Close
Back to top button
Close
We use cookies on our website to give you the most relevant experience by remembering your preferences and repeat visits. By clicking “Accept”, you consent to the use of ALL the cookies. In case of sale of your personal information, you may opt out by using the link .
Cookie settingsACCEPT
Manage consent